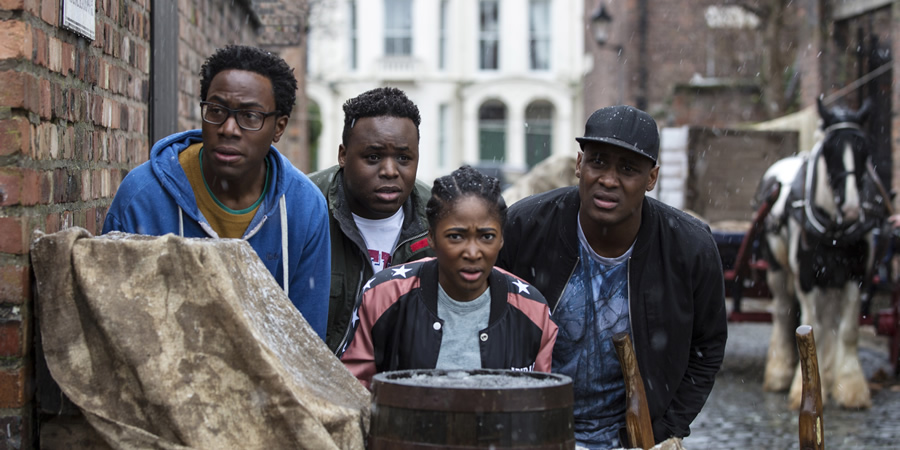 The quartet find themselves catapulted back in time to 1926 and, carrying instruments, are swiftly hired as a jazz band to play at a birthday party. Nick, however, is far more concerned with getting back home than playing his first professional gig.
Preview clips

Stuck in the past after their 'time machine' malfunctions, the gang set out to survive and hopefully thrive in a world without mobile phones, the internet - or any other black people.

After meeting a wealthy pair of twins named Victoria and Ralph, the band are invited to play at a concert, but Nick is determined to get home. In a surreal twist of fate, Nick runs into famed inventor of television, John Logie Baird. Will he be able to persuade JLB to help him on his mission?

Parts of this episode are from the non-broadcast pilot.

The jazz quartet find themselves in 1926 after taking a trip in a time travelling lift.