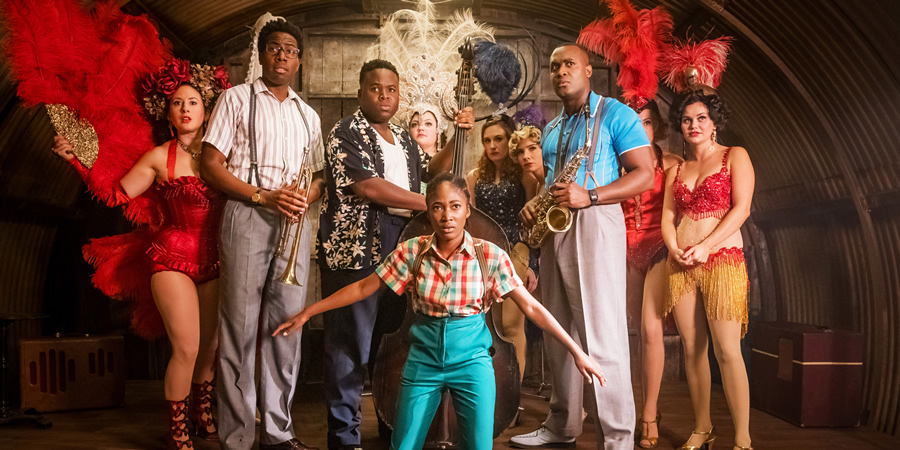 Timewasters is a comedy about a struggling four-piece South London jazz band who travel back in time to the 1920s via a urine-sodden lift in a dilapidated block of flats.

Stuck in the past after their 'time machine' is destroyed, our gang decide to explore, before quickly discovering that being young and black in the Jazz Age is a lot less genteel and a lot more shady than Downton Abbey had led them to believe.

Aided and abetted by a pair of oddball twins and some 1920s luminaries, the band are forced to navigate the parties and pitfalls of the Roaring Twenties while searching for a way back home. All the while, not missing the opportunity to introduce the Bright Young Things to some of the twenty-first century's finest tunes.

Having finally managed to return home, Series 2 sees the gang off on another adventure: this time to 1958, when black people in Britain were a far more common, if no less unwelcome in the eyes of many, sight. With the country still in the post-war doldrums, the group have bomb sites and Teddy Boys to contend with - but jazz is finally, truly making its mark on wider popular culture as rock and roll also begins making its presence felt on both sides of the Atlantic.