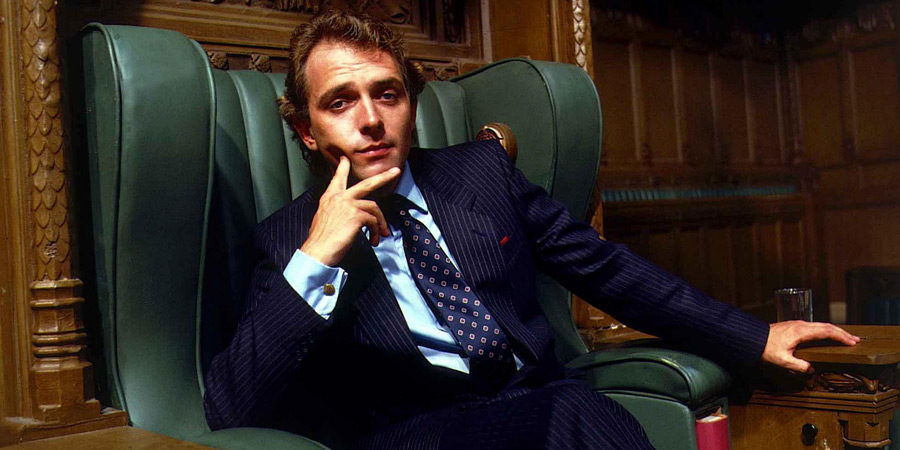 Sitcom parody of 1980s Conservatism. Tory MP Alan B'Stard holds the largest majority in the House: his interests are money, power, sex, and himself

Yorkshire MP Alan B'Stard has the largest majority in the House of Commons, and an ego to match. He's vulgar, often dimwitted, sexually incompetent, uncaring, ruthless and generally loathsome all-round: a perfect combination for a public figure on the brink of power.

Aside from the regular abuse and ritual humiliation of fellow Conservative MP Sir Piers Fletcher-Dervish - a wholly childlike, effeminate man - Alan's primary concerns and interests are himself, the acquisition of wealth, himself, women, increasing his power and influence, and himself.

Alan B'stard: backroom deals and not delivering on promises