The Many Faces Of Dick Emery

Programme assessing the career of Dick Emery, a giant of British character comedy who regularly pulled in audiences of 17 million to his long-running BBC sketch show. 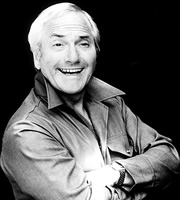 This programme looks back at the career of Dick Emery, one of the giants of British character comedy who regularly pulled in audiences of 17 million.

For 17 years, The Dick Emery Show dominated Saturday night TV before Emery's untimely death in 1983 at the age of 67. Firmly rooted in the traditions of the Concert Party and Vaudeville, his characters and their catchphrases were legendary.

In this programme, his influence is acknowledged by current comedians such as David Walliams, Charlie Higson and David Baddiel.

With previously unseen footage and contributions from his family, contemporaries and those he worked with, The Many Faces Of Dick Emery takes a closer look at his career.