Series 1, Episode 1 - The Many Faces Of Richard Wilson

Richard Wilson talks about his impressive career to date, with archive footage and testimony from friends and colleagues. 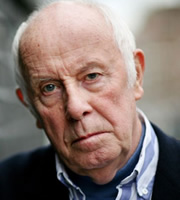 Illustrating his impressive career to date, The Many Faces Of Richard Wilson features archive material (both treasured and rarely seen), weaved together with sincere testimony from friends and colleagues. The programme contains footage and stills from programmes such as One Foot In The Grave, Crown Court, Only When I Laugh and Richard's first TV appearance on Dr Finlay's Casebook.

The show progresses from his earliest appearances on screen, to what drove his choices, for good or ill, and their consequences. Like all good biographies it paints a true picture that will not only uplift but also unveil the subject and reveal exactly what has defined them.