Series 3, Episode 2 - The Many Faces Of Stanley Baxter 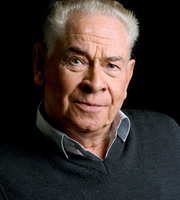 Celebrating the extraordinary career of entertainer Stanley Baxter, whose shows captivated huge audiences for twenty years before the cost of his epics priced him off our screens.

Tracing his origins to Scotland's variety and review stages, his story is told by admiring fans including Michael Grade, Barry Cryer, Bill Oddie and Gregor Fisher.

This episode was billed in some places as Stanley Baxter: The Many Faces Of.

Stanley Baxter remembers when he played the Queen for the first time on British television.