Sketches include The Cry Factor with Simon Cowell; British films re-made badly by Americans; a free DVD giveaway in the Daily Mail of pointless movie prequels; and a public service advert to make you think twice about marrying irresponsibly. 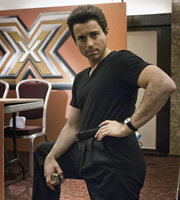