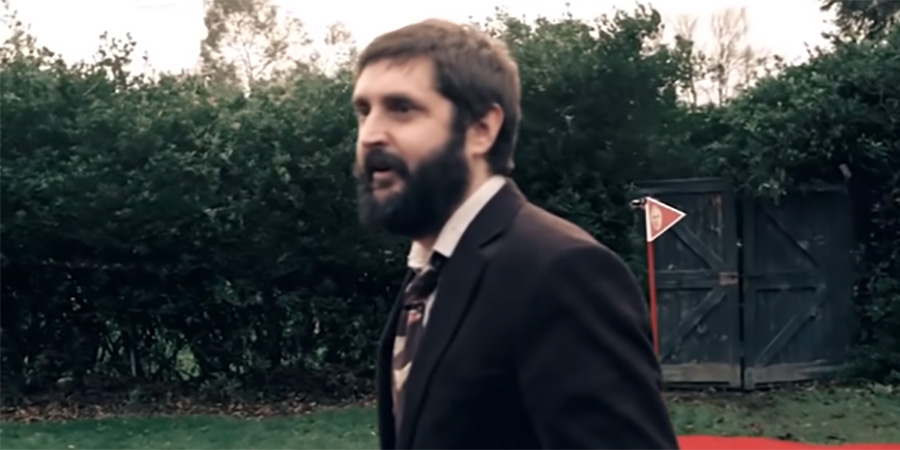 Joe Wilkinson's tragically disqualified long-distance throwing of a potato into a golf hole has been voted the greatest moment in the history of Taskmaster.

The result was derived after the official Taskmaster Twitter account ran a series of polls to determine the best moments from all nine series of the show so far.

The winning challenge was from the opening episode of Series 2, involving the task: "Get this potato into the golf hole. You may not touch the red green [area]. Fastest wins. Your time starts now."

Wilkinson managed to throw the potato into the hole from a distance on his first attempt, completing the task in just 14.3 seconds, to the amazement of everyone watching. However, a replay showed that Wilkinson's toes just touched the red material. His fellow contestants then voted as to whether he should be disqualified or not, returning a split judgement. Thus, host Greg Davies rules that Wilkinson should be disqualified and he scored no points.

The throw is the first task in this compilation clip comprising of Wilkinson's highlights on the show:

The runner-up, from the Series 5 grand final, involved Bob Mortimer, Aisling Bea and Sally Phillips performing a song for a total stranger. Their creation, which insulted the stranger, was called Rosalind's a F*cking Nightmare.

On its way to the final, Wilkinson's potato throw also managed to defeat a prize task entry from Series 7, in which Rhod Gilbert's submission of "the creepiest thing" was a secretly filmed video of Davies sleeping, which Gilbert filmed from a wardrobe; Josh Widdicombe's Series 1 gift to Davies of having the host's name tattooed onto his foot; and Sally Phillips making a point-of-view film recreating the birth of the Taskmaster's assistant, Little Alex Horne.

The full results are listed in the tweet below:

A new series of Taskmaster is scheduled to air in the autumn, having moved from its original home on Dave to Channel 4.