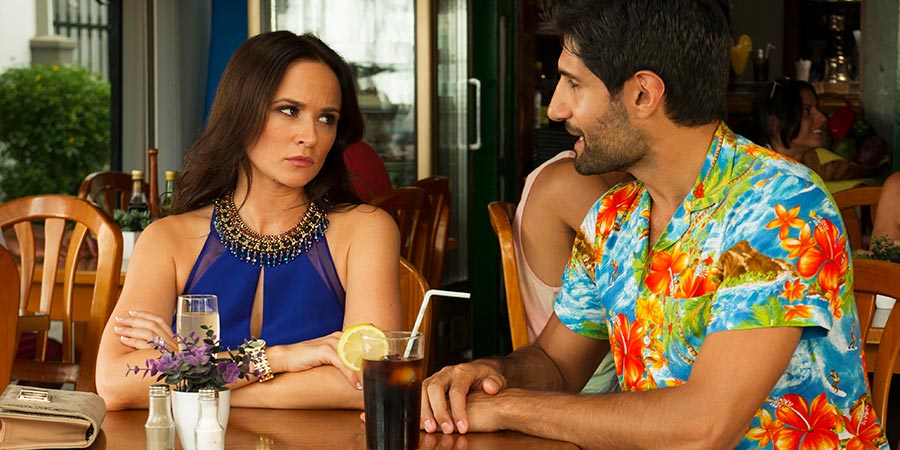 Woody gets mixed up in a showdown between some very unfriendly hypnotists.
Preview clips

It's the island's annual hypnotism convention, Brutus's favourite time of the year. After some fun and games in the bar with sleazy hypnotist The Great Fernando, visiting hypnotist The Fabulous Mark arrives, asking for Woody and Brutus's help.

Mark's show has gone very wrong. Under hypnosis, a member of Mark's audience fled the venue, but not before vowing to track down and kill his hypnotist - leaving Mark and his wife Janice in fear of their lives.

Woody goes on the hunt for the missing man, ending up in jail performing his own hypnotist show. On on the stakeout to end all stakeouts he finds himself in a midnight showdown between some other, very unfriendly hypnotists.

Woody's plan for The Fabulous Mark

Woody knows how to save the life of a hypnotist who's in danger from another hypnotist bent on revenge.

Woody goes undercover as a hypnotist

Woody attempts to go undercover as stage hypnotist, aka The Fabulous Mark.