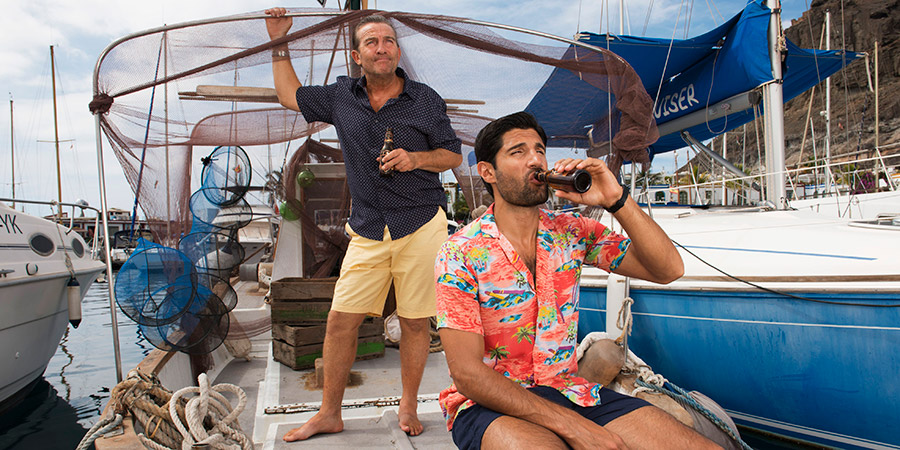 Sitcom about one of the UK's best undercover reporters who escapes the authorities by moving to Spain. Kayvan Novak & Bradley Walsh star

Set on a fictional Spanish island, SunTrap follows the fortunes of an undercover journalist.

Woody is a master of disguise - the world's number one undercover reporter. But when his corrupt editor blows his cover, he's forced on the run. The only problem is that charming motormouth Woody has trouble staying out of the spotlight...

With nowhere else to turn, Woody escapes to find his former mentor Brutus, an expat now running a bar on a sunny Spanish island. Initially less than thrilled to see his trouble-making protégé, Brutus soon realises he can profit by putting Woody to work on a series of investigations.

Adopting a dizzying range of larger-than-life personas, Woody runs rings around the locals; whether its tracking down a parrot with a valuable secret, or taking on a hypnotist with a vendetta, no challenge is too bizarre for Woody and Brutus, who leave a trail of mayhem in their wake.