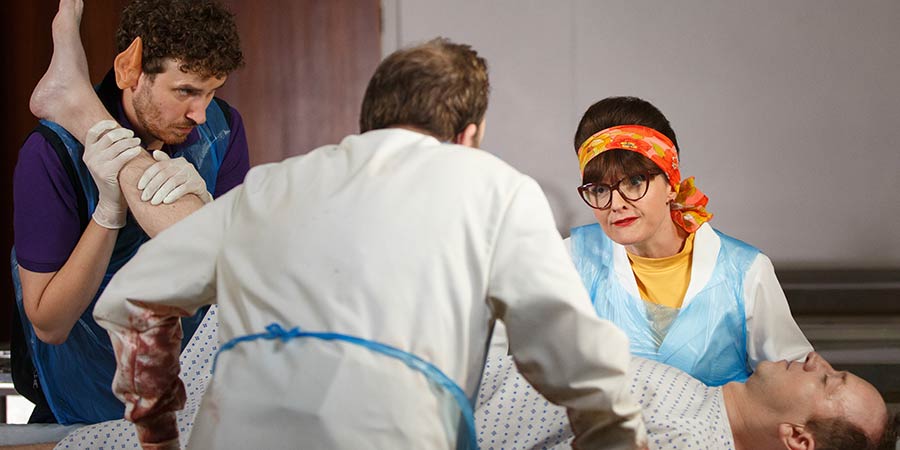 Simon's first night shift coincides with Halloween and an escaped prisoner roaming the wards - will he and Frankie survive?

Frankie winds Simon up by telling him one of the hospital wings is haunted, just as he prepares to do his first night shift in the mortuary.

Meanwhile multiple police guards stand watch outside a ward where a mystery patient has been brought from prison for urgent treatment. Rumours start circulating that he is the son of an infamous serial killer, and when he escapes the hospital is put on lockdown. Will Simon survive his first ever night shift?!