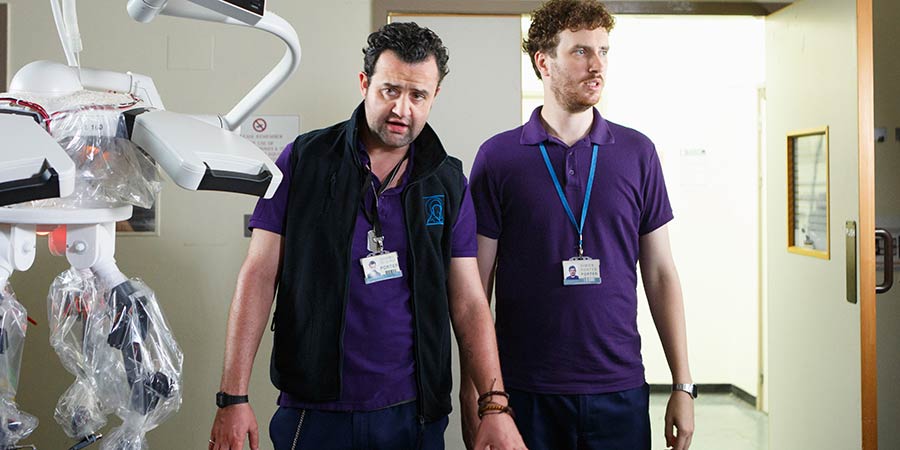 YouTube mega-stars Ham and Cheese arrive at the hospital, and Simon accidentally spills a cup of coffee over a new super-expensive surgical robot.

YouTube mega-stars Ham and Cheese arrive at the hospital and start making a series of 'humorous' videos around the life-saving heart operation one of them is about to have.

Frankie takes an instant dislike to them but then discovers they have hidden depths. Meanwhile, Simon accidentally spills a cup of coffee over the hospital's new super-expensive surgical robot...then discovers it is about to be used for the first time for Ham's heart op.

He uses rice to try and dry the robot out but the tiny flashing red light seems to suggest it's still faulty. Should he confess or hope no-one spots it?