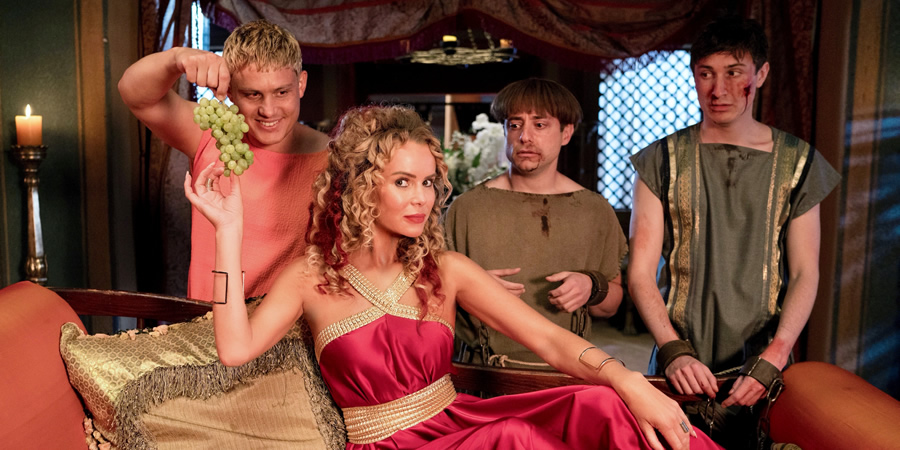 The boys gatecrash a posh banquet having received an invitation by mistake. Once there, Marcus attempts to win favour with their host Senator Varus, while Jason seduces bored aristocrat Rufina. Banished to eat with the other slaves, Grumio overhears what he thinks might be a poison plot.
Preview clip

The boys gate-crash a posh banquet having received an invitation by mistake. Once there, Jason seduces a bored aristocrat.