Lovely Jubbly! - The top Only Fools And Horses catchphrases 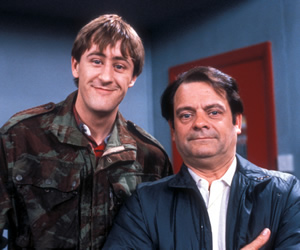 'Lovely Jubbly' has been revealed as the most commonly used Only Fools And Horses phrase in British life, according to a recent survey.

The catchphrase used by affable market trader Del Boy - which means 'good' or 'fantastic' - has remained a common saying amongst Brits ever since David Jason first uttered it on screen.

'You plonker', a label often reserved for Del's long suffering brother Rodney, was runner-up in the poll of 2,000 British adults commissioned by TV channel Gold to highlight the fact they've been counting down the nation's top episodes of the sitcom, with added commentary from Sir David Jason.

The star himself comments: "I am delighted that Only Fools And Horses still brings so much pleasure to past fans and now a new generation. If everyone enjoys these programmes as much as I enjoyed making them, then the world can only be a better place."

Steve North from Gold adds: "Only Fools And Horses remains one of the best-loved sitcoms of our time. It's understandable that phrases such as 'lovely jubbly' and 'cushti' remain in the nations hearts and are part of our everyday language. A mark of a quality TV show is when catchphrases used by popular characters infiltrate everyday conversations - even more so when the show is over 30 years old." 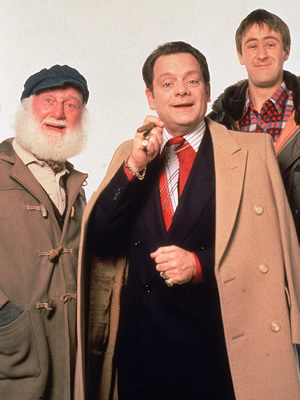 3. This time next year we'll be millionaires!

5. You know it makes sense.

The poll also asked those responding to pick their favourite scene. Here's the top 10...

1. When Del Boy falls through the bar. 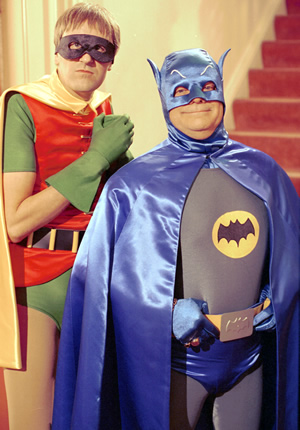 2. Del Boy and Rodney come to the rescue dressed at Batman and Robin.

3. When Rodney and Del Boy break the chandelier.

4. When Rodney finally asks Trigger why he calls him Dave.

6. When Granddad made Christmas dinner with the giblets inside.

7. When Del and Rodney celebrate becoming millionaires in the Robin Reliant.

8. Rodney and Del Boy's trip to Margate ends in the coach turning into a fireball.

9. When Raquel sings with the man who can't pronounce his R's.

10. When Rodney tries to impress Cassandra by making out he lives in huge house.

'Only Fools and Horses: The Favourites' continues on Gold nightly at 9pm until Sunday 8th February. The nation's #1 favourite episode will be revealed on Sunday at 9:40pm.