Maxxx, O-T Fagbenle's new sitcom about a former boyband star, has been removed from the E4 schedules at short notice.

It will now be broadcast later in the year instead.

In a statement to British Comedy Guide, Fiona McDermott, Channel 4 Head of Comedy, says: "In these extraordinary times everything is changing rapidly and we are responding to our audience's evolving viewing habits; therefore we've decided to relaunch the broadcast of the full series of Maxxx to later this year. We champion brand new comedy and are incredibly proud of this show."

The six-part series, which follows a pop star called Maxxx as he attempts to banish his inner demons and re-launch his music career, started on E4 last Thursday at 9:30pm. The whole series was then published immediately on the broadcaster's catch-up service All 4.

Repeats of US sitcom Brooklyn Nine-Nine will be shown in the E4 slot instead.

Yesterday Channel 4 announced that, with the TV advertising market expected to be down in excess of over 50% in April and May, it was having to make changes to its finances. Its executives have taken a 20% pay cut and suspended their bonuses, whilst the channel's content budget is to be reduced by £150 million, with a further £90 million of savings targeted across the organisation.

New comedy on the network's flagship channel continues. Feel Good continues on Channel 4 tonight, and Friday Night Dinner and Joe Lycett's Got Your Back will be shown tomorrow.

Maxxx will be broadcast on E4 at a future date, which will be decided later in the year. 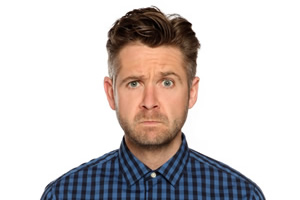