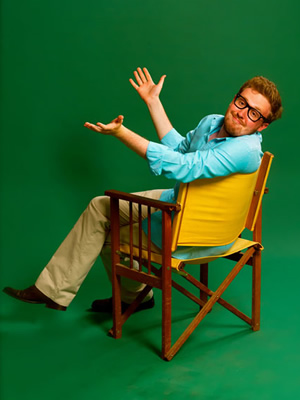 Written by Cein McGillicuddy and Andy Kinnear, the show is described as "a big, silly, gag-filled, action comedy".

Set in the colourful and fictional world of Justice City, the show follows the adventures of police detectives Mahogany and Rust, as they attempt to rid the city of its deranged criminal underworld.

No details on the casting have yet been released, however a pilot episode has already been produced, which starred Conor McKenna as John Mahogany, with Edinburgh Comedy Award winner John Kearns (pictured) as Mick Rust. The pilot is also believed to have featured Siblings star Charlotte Ritchie and PhoneShop's Tom Bennett.

The series will be directed by co-writer Cein McGillicuddy, who has previously worked on Star Stories and Made In Chelsea.

This show is one of four comedy series announced by BBC Three today. The others are Josh, Fried and Together.

Top Coppers is expected to be broadcast in early 2015. 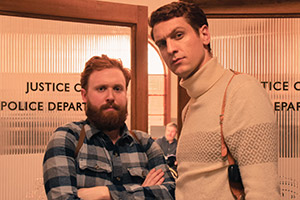