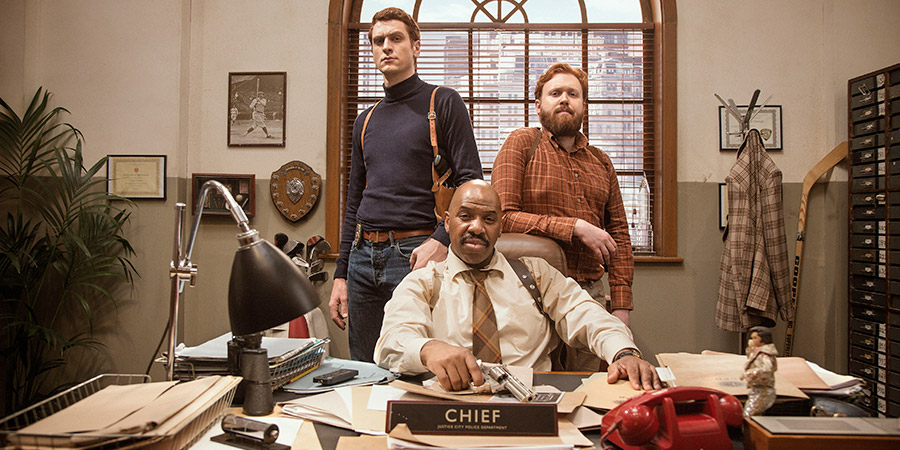 Top Coppers follows the adventures of cops John Mahogany and Mitch Rust as they attempt to rid the fictional world of Justice City from its deranged criminal underworld.

The universe and its characters are derived from the conventions of American and British cop shows of the 70s and 80s, from Starsky & Hutch to The Professionals, but is set in no specific time or country.

Big, silly characters and hilarious stories, Top Coppers is filled with familiar tropes and references from the police and action genres, as well as drawing on relatable British situations, problems and relationships.

Each week, a different crisis hits Justice City and Mahogany and Rust fight it out with their JCPD colleagues to solve the 'case of the week'. From drug lords, 1980s computer hackers, mad scientists, evil twin brothers and retired science fiction actors the show boasts a whole host of villainous cameos from the likes of James Fleet, Diana Vickers and Kayvan Novak.