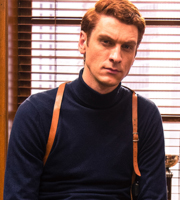 A modern man trapped in the world of a 70s TV cop show. He's the strongest voice of reason in the Top Coppers universe, often being the one to wryly say what we're all thinking. Being the son of his hero cop Dad, Frank Mahogany (deceased), he's got a tough act to follow in his work, so wants nothing more than to be recognised as a 'real man' just like his old man.

However, despite being outwardly confident, he is insecure, a little needy and constantly questioning the universe and life. He's a sensitive soul, so will often allow what other people think of him to be his weakness, especially when it comes to girls. 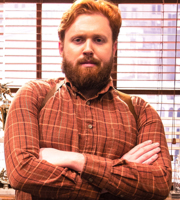 Rust takes a less subtle approach to police work. He's a man of simple needs and pleasures. Unemotional, greedy, and selfish, he's always on the lookout to make a little something on the side and is happy to manipulate his partner to get what he needs. Almost everyting he does is acted upon through self interest.

That being said, Rust does occasionally show a sensitive side, particularly as he needs his partner. Whether that comes from a true brotherly bond or the fact that he sleeps in his car and constantly has to 'borrow' money isn't always clear. He eats a lot of bacon flavour crisps. 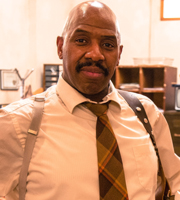 The Chief is in charge of Justice City Police Department (JCPD), so he carries the weight of responsibility on his shoulders - getting pressure from Mayor Grady in City Hall. Those stresses and strains manifest in his impatient, hot-headed leadership style.

Despite his passion and fiery temper, he's actually non-threatening when you uncover his underlying loneliness and endearing child-like innocence. He has an uncanny ability to break into song as and when. 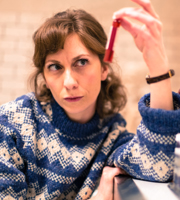 Serious Scandinavian forensics and evidence officer. Blunt, humourless and socially unaware. Embodying the new wave of Scandinavian crime dramas, Helga has seen it all and then some - nothing shocks her. She tends to talk about the gory details with a relaxed blasé attitude and doesn't do social interaction very well. Instead, she approaches everything analytically, often being the one to point out the elephant in the room. 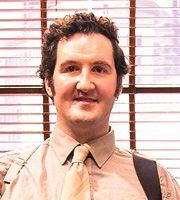 Peterson is one of the cops who works in the JCPD. 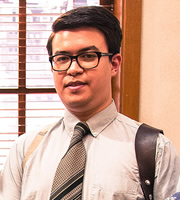 McGockey, a cop in JCPD, never seems to show any emotion. He's always seen besides Peterson. 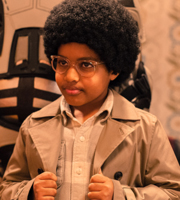 Intelligence specialist, technology expert and 10-year-old boy. He coordinates crime intelligence via his computer (or 'information box' as Rust calls it). Everyone is aware that he is a child, but they never acknowledge it and never talk down to him like a child.

Despite being only 10, he talks about life and work with the wealth of experience of a man in his forties, though still drawing on the references of a child. He is a bit of a prankster and isn't intimidated by anyone. 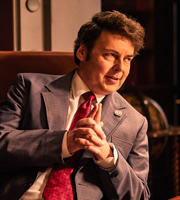 Grady is the flashy, fast-talking and corrupt Mayor of Justice City and CEO of Grady Enterprises.

He has charisma and presence, which he uses to try and hide the fact he's clearly up to no good. His face is plastered all over the city for his various business ventures with Grady Enterprises as well as using his influential position in office, to give him a dangerous level of power for someone so morally corrupt. 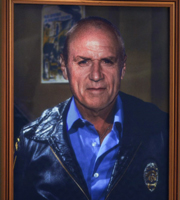 Mahogany's dead dad, who now only exists as a photo that the former keeps in his locker in the locker room - through which Frank can talk to his son as a voice from beyond the grave. Frank is a real man's man and a hero cop who everyone revered for his brilliant cop skills and achievements. He died a hero in the line of duty. So now he should be an ethereal voice of wisdom, but instead he's just a bit of a rubbish dad from a time where men were men, so Mahogany's 'sensitivity and 'emotion' is not something he related to at all.

Virile, chauvinistic and cocksure, you get the impression he wishes Mahogany was a bit more of a 'proper bloke', despite the fact they don't have any common ground, there is a warmth to the relationship.