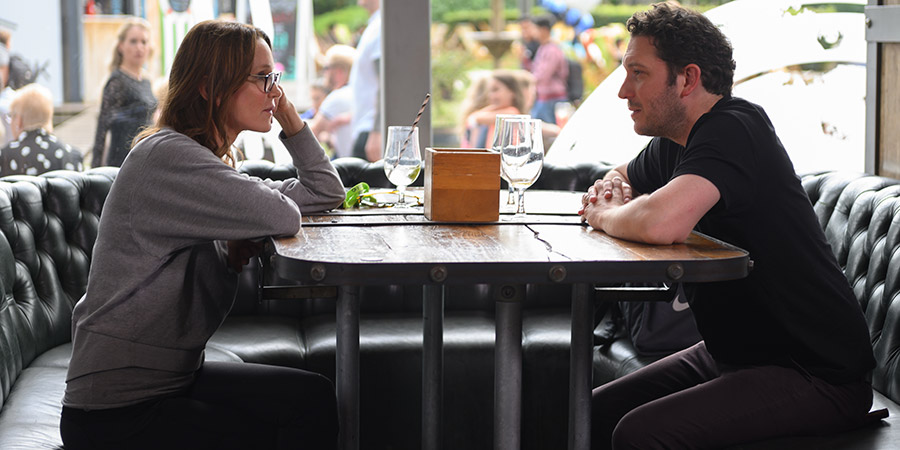 Jon appears on Countdown with his comedy hero Jack Dee, who gives him some career advice.
Preview clip

Jon appears on Countdown with his comedy hero Jack Dee, who gives him some career advice. Lucy secretly signs Jon up to be the celebrity judge at the World Dock Pudding Competition in Hebden Bridge. And Jon's not happy when he finds out. But it's Lucy who is really annoyed when she finds evidence that Jon is having a celebrity affair with an 8 Out Of 10 Cats Does Countdown co-star.

Jon Richardson and wife Lucy Beaumont play countdown at home on the sofa, Lucy is delighted to get a 7 letter answer.