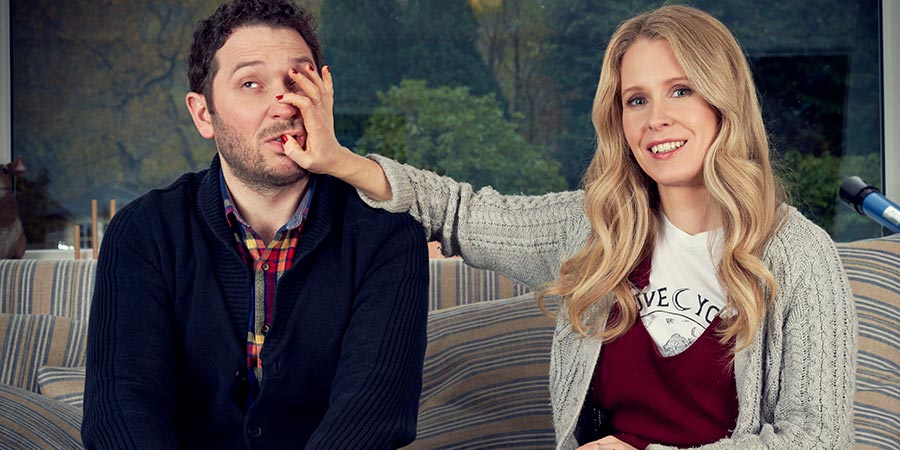 A fictional window into the funny and frustrated marriage of Jon Richardson and Lucy Beaumont.

This comedy series sees stand-up comedians Jon Richardson and Lucy Beaumont play exaggerated versions of themselves as viewers get a glimpse into their home and work lives, surrounded by their celebrity friends and their Hebden Bridge neighbours.

Meet The Richardsons shows what their neighbours really think of them, the type of birthday party they should have for their daughter Elsie, caravan holidays and Jon's constant refusal to do or go to anything, much to Lucy's annoyance (that part isn't scripted).