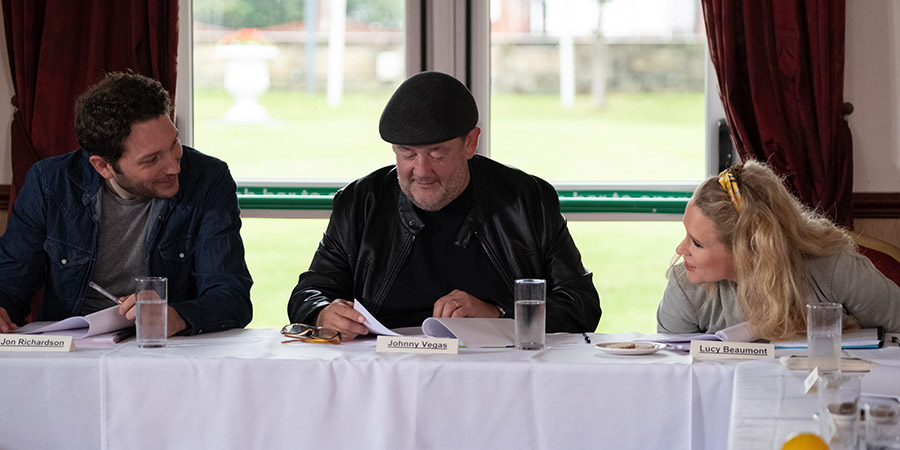 Lucy remembers the time she was in an episode of Doctors acting alongside Fleabag star Phoebe Waller-Bridge. Jon's never seen the footage. Until now.
Preview clip

Lucy remembers the time she was in an episode of Doctors acting alongside Fleabag star Phoebe Waller Bridge. Jon's never seen the footage. Until now.

Lucy's sitcom with Car Share co-creator Tim Reid is ready for a BBC run-through with Johnny Vegas as one of its stars. Jon hates the script, but everyone else disagrees. Johnny Vegas reckons that Jon's catchphrase 'Save it for bingo' will be bigger than his catchphrase 'monkey'. Jon's not that bothered, because his Pixar film role is almost in the bag.

Lucy Beaumont hasn't watched back her performance in Doctors since it aired, and Jon's never seen it... There's a surprise appearance from Fleabag's Phoebe Waller-Bridge.