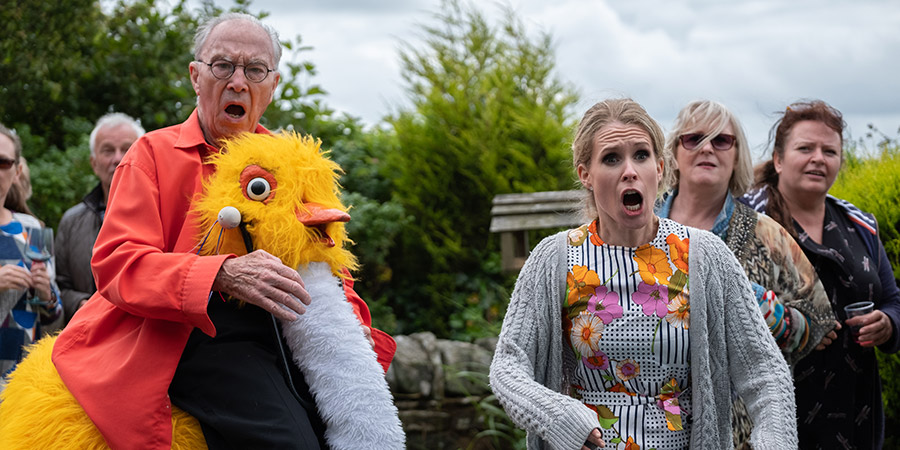 Lucy wants Jon to appear on All Star Mr And Mrs, but he's not keen. She also decides to host big birthday party for their young daughter: again, Jon's against the idea, but is eventually convinced by a family friend.
Preview clip

Lucy wants Jon to appear on All Star Mr And Mrs playing against Rob Beckett. Jon's still annoyed that Beckett replaced him on 8 Out Of 10 Cats and doesn't want to take part if Rob's involved.

To celebrate the Richardsons' move to Hebden Bridge, Lucy stages a huge birthday party for daughter Elsie. Jon is against the party but is finally convinced to take part by a family friend: the all-round entertainer and comedy legend Bernie Clifton.

Jon Richardson has his very own pub, 'The Dog and Bastard', in his garden in Hebden Bridge.