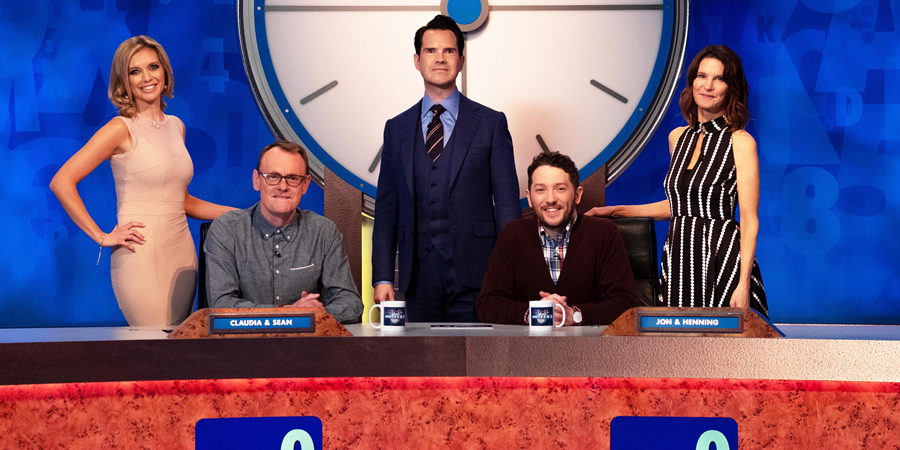 In 2012, two of Channel 4's most popular quizzes - the topical hit 8 Out Of 10 Cats and the cerebral words-and-numbers game Countdown - came to metaphorical blows as the anarchic comedians of the former took on the brainbox format of the latter.

Jimmy Carr was the host, with Sean Lock and Jon Richardson as the contestants. Jimmy was helped by Countdown regulars Susie Dent and Rachel Riley, and hindered by Joe Wilkinson.

The gang returned to play Countdown a second time later in 2012.

In January 2013, as part of the next Channel 4 Mash Up, Jimmy Carr, Jon Richardson and Sean Lock hijacked an episode of Deal or No Deal. A number of comedians joined in, plus Rachel Riley and Susie Dent again. Joe Wilkinson acted as the Banker's assistant.

Since 2013, the show has run regularly with multiple-episode series. By their own admission, the stars never thought the format would last beyond one episode, but it still regularly appears in primetime slots (whilst 8 Out Of 10 Cats itself has moved to E4).

In mid-2018, between the broadcast of Series 14 and 15, Channel 4 restrospectively decided to renumber how they were billing each run of episodes. Accordingly, the fifteenth time they have billed a "series" as starting (July 2018), they are now promoting as Series 16. The discrepancy has arisen from an arbitrary decision to now label the two April 2013 specials as Series 1, with the following, first full series now considered Series 2. This means that no episodes have ever been billed in TV listings as 'Series 15', skipping straight from 14 to 16. British Comedy Guide has chosen to adhere to the consistent original numbering.