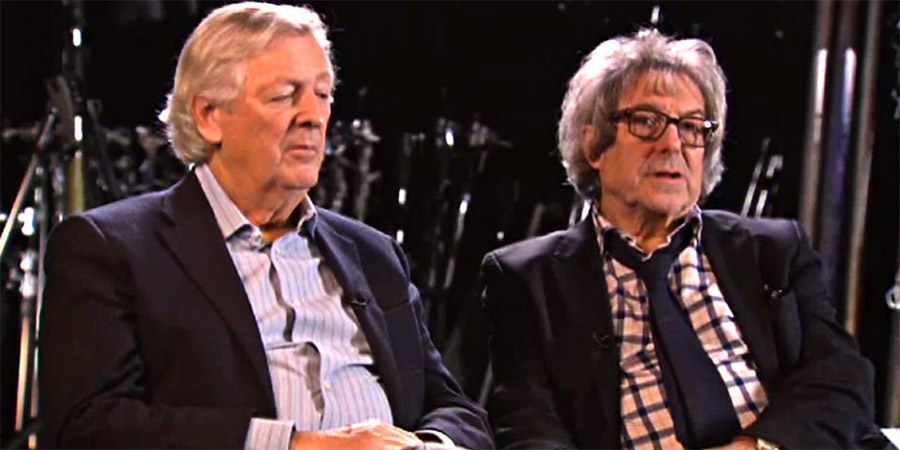 Mark Lawson talks to prolific writing duo Dick Clement and Ian La Frenais about their careers, spanning the breakthrough comedy The Likely Lads and Porridge to their latest foray into drama, Spies Of Warsaw. They also speak about their reputation for rescuing foundering Hollywood scripts and the day-to-day joys of their working 'marriage'.

Clement and La Frenais began writing together in a London pub in the 1960s. With their trademark combination of dramatic plot lines and sharp naturalistic dialogue, they have created classic British comedy, from The Likely Lads to Porridge and Auf Wiedersehen, Pet.

Among the first scriptwriters to get regional dialects and working-class situation comedy onto the small screen, Clement and La Frenais had a passion for the movies. Now LA residents, their film work, including scripts for The Commitments (1991), Still Crazy (1998) and The Bank Job (2008) has ensured they are busier than ever, more than forty years after their first comedies aired on the BBC.