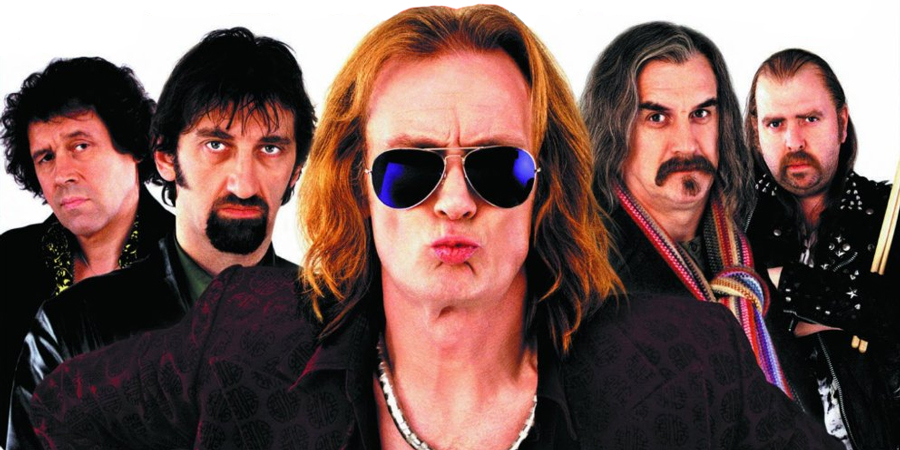 Twenty years since their last performance, 70s rock group member Tony Costello has a chance meeting with the son of a festival organiser from their first bout of fame. He has a dream to restart his father's festival, Wisbech, complete with much of the same music and bands his father promoted in the 1970s, and asks Tony if his old band, Strange Fruit, would return to the stage.

Now in the highly lucrative business of selling condoms in Ibiza, Tony takes little persuading and begins hunting down his old band-mates: Les, Beano, Ray, Brian, and roadie Hughie - not to mention former super-fan and groupie, Karen. Together they start piecing the band back together, although it's not long before old tensions and rivalries begin to flare up.

The group's plans take a blow when they hear that Brian, star guitarist, has had all of his royalties signed over to a cancer charity. The band has already been struck once, by the tragic early death of original lead singer Keith - Brian's brother - back in the 70s, and vow that they will continue, recruiting a new guitarist, in the boys' memory.

Executives at their record company, meanwhile, are keen on the idea. The prospect of re-releasing the band's back-catalogue amidst a wave of 1970s nostalgia is particularly appealing and so they agree to find rehearsals and auditions, as long as Karen, now acting as their manager, can get the boys back on the road and test their mettle with a small tour on the continent.

As they embark on a series of gigs across western Europe, tensions continue to bubble. Half the band are feeling their age, whilst Ray and Les, in particular, are clashing over old scores and beginning to remember why they split up in the first place. Slowly, however, the shows go on. The band progresses. From a tiny club in a moored boat, they move on up to major venues, gaining in confidence and regaining their group skill with each date.

Back in London and in final preparations ahead of the renewed festival, shockwaves are sent through the group by the broadcast of a TV interview Les and Beano gave whilst in Antwerp. Heavily inebriated and questioned about the deaths of Brian and Keith, their comments regarding Ray in particular - as replacement lead singer - are less than complimentary, and he leaves.

With the anniversary of Keith's death approaching, Karen and Tony pay a visit to his grave and make a shocking discovery. It seems that Hughie may have not been entirely honest with them, and a way to save Strange Fruit may yet be found in time for Wisbech '98.