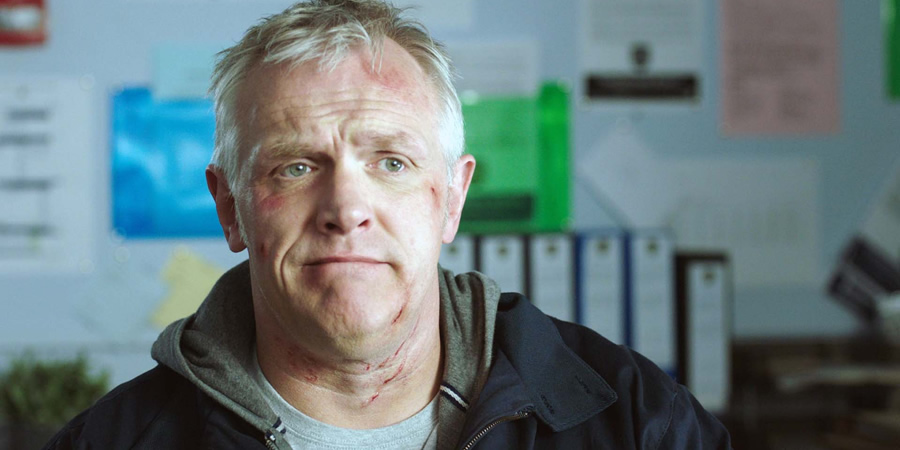 We rejoin Dan at a crossroads in his life - he knows he can't go on, he must do something.
Preview clip

We rejoin Dan at a crossroads in his life - he knows he can't go on, he must do something.

The Head Teacher sees right through Dan's incompetence in the classroom and, as such, he is facing a disciplinary and may lose the only thing he has left in life: his teaching job. This is compounded by the terrifying Eastern European caretaker who makes covering his mistakes even more complicated.

Should he ditch the teaching job he despises and follow his heart to a new adventure?

Meanwhile his always-kind mother has a new man on the scene, Deadalus "Everyone calls me Daddy", who is most certainly up to no good, but Dan just can't prove it.

If he's looking for support from his two friends he won't have much luck, as Jo is still happily chasing one obviously-doomed, not to mention completely harebrained project after another, whilst straight-laced Brian, increasingly frustrated by his idiot friends, is also coming to terms with life as a single man.

Still around to offer a firm guiding hand, as well as regularly putting the cat amongst the pigeons, is Aunt Nesta... but will this be enough to ease Dan onto the right path and help him avoid complete humiliation? Probably not, no.

Dan goes over a fence

In this clip from Series 3 of Man Down, Dan's attempt to go over a fence doesn't go very well.