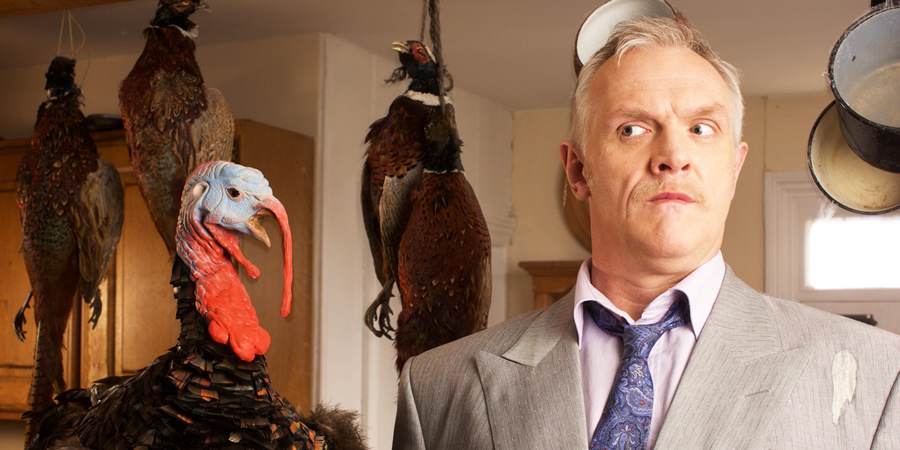 Christmas is coming, the turkey is getting fat... and, in this case, alarmingly aggressive.
Preview clips

After a difficult year Dan is convinced he has turned his life around only to meet a Christmas thorn in his side in the shape of his aunt Nesta (Stephanie Cole OBE). He and his two faithful friends quickly discover that a farm is not their natural habitat.

The trailer for the 2014 Christmas special starring Greg Davies.