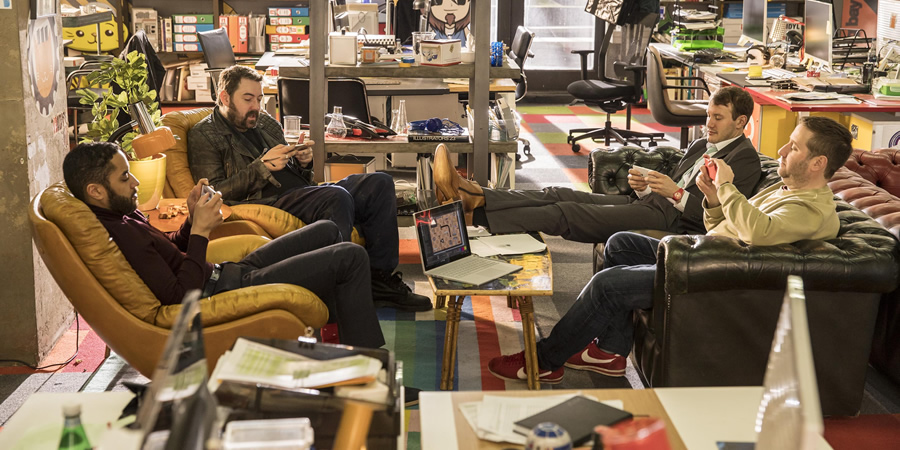 The Gang are in disarray. Leon brings about a temporary reconciliation, forcing them to finally decide what's more important - the money, the company, or staying together.

The gang are in disarray. Ewan finally has what he wanted all along: status and his own office. And there's a surprise opportunity for wealth beyond Ewan's wildest imaginings. But there are strings attached as he finds himself on the horns of an unusual moral dilemma.

Josh and Abi are attempting to be a 'normal couple' by pretending that Josh isn't a millionaire. Watto is living on a narrow boat. Now broke, he strikes on the painful realisation that being poor doesn't make him good, just as being rich didn't make him bad.

Leon comes to an understanding about the true value of money, and finally resolves his relationship with Casey. But when he uses all his street-smarts to bring the gang back together for one last patch, Josh wonders if it's them or the game he's trying to fix.