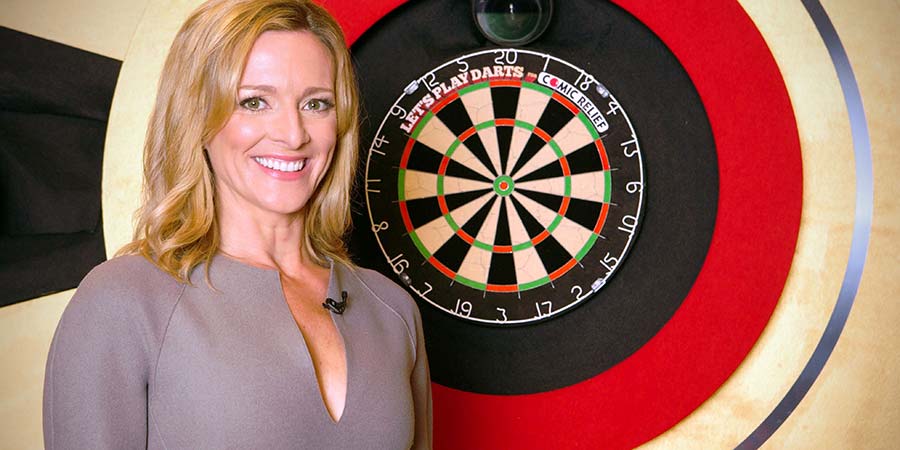 The biggest names in the world of darts join forces with a host of famous faces for special pro-celebrity darts tournaments - all in support of Comic Relief and Sport Relief.

Presented by Gabby Logan, this sporting event sees celebrities become darts players and each adopt their own darts persona, complete with nickname, costume, props and the all important walk on music.

Tensions are high as the celebrities step up to the oche to take on one of the biggest challenges of their lifetime. Maximum concentration, nerves of steel and a steady hand are just some of the skills required to win. There are hits, misses, hugs and even kisses, plus all the excitement you would expect from a Red Nose Day knock-out tournament.

The sport of darts is known for its larger than life characters, dramatic entrances and incredible atmosphere. Let's Play Darts mixes all these qualities with an extra large helping of laughter thrown in.

Elizabeth Day writing TV comedy based on How To Fail

David Walliams to make two more After Ever After specials