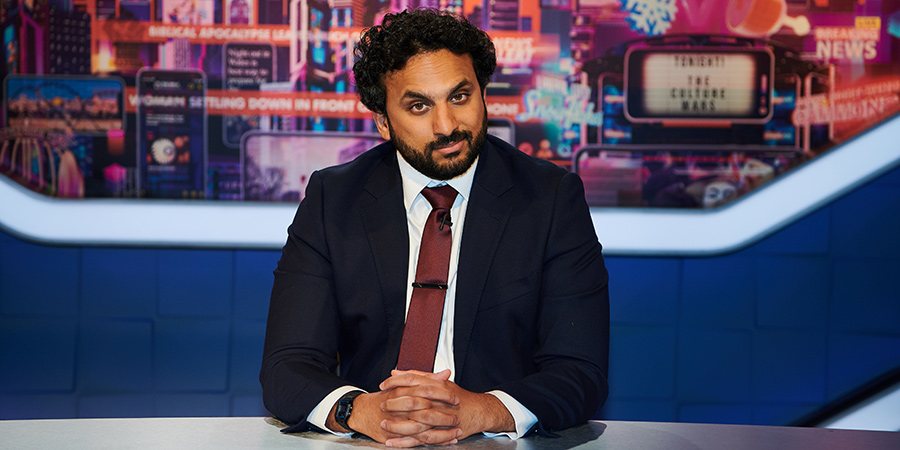 Topical comedy series spinning off from The Mash Report, hosted by Nish Kumar

Each week, Late Night Mash taps into the latest that the zeitgeist has to offer, with up-to-the-minute topical insights and fake news reports.

Late Night Mash is a continuation of the successful show The Mash Report, which aired on BBC Two for four series.

Nish Kumar is joined by Rachel Parris and Ellie Taylor as they deliver topical insights and fake news reports from the dystopian parallel universe we affectionately call "modern Britain".