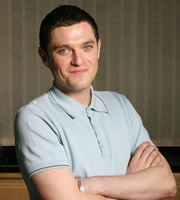 Gavin is 26 and lives in Essex with his parents, Mick and Pam. His best mate, Smithy, lives just down the road and they've known each other since infant's school.

Gavin is a salt-of-the-Earth bloke - loyal, funny and big-hearted - and the sort of guy that anyone would want as a friend. Gavin is gorgeous, but doesn't really know it, and he's never been in love - until now.

When he gets married to Stacey, his best mate Smithy finds it hard to accept that Gavin now has more than one priority in life. In Series 3, Gavin moves to Wales with Stacey, meaning he is further away than ever from Smithy. 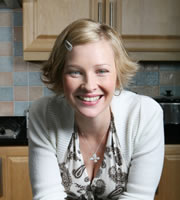 Stacey is also 26 and lives in Barry, South Wales. Her dad died three years ago and so she has been living with her mum, Gwen. Her best friend, Nessa, is always round her house and Stacey relies on her for advice.

Stacey's very fluffy, but lovely, funny, beautiful and kind. Unlike Gavin, she has been in love before... as we soon come to learn.

When she and Gavin get married they move into Gavin's Essex home. However it isn't long until Welsh born-and-bred Stacey starts to miss home and so, at the start of Series 3, they move to Wales. 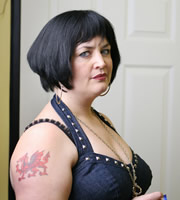 Nessa is approximately 40 and works in the arcade on Barry Island. She's Barry born and bred, and yet she's worked in places as far flung as Peru, Namibia and Egypt. She is full of surprises - for example we learn in Series 2 that she used to be a truck driver for Eddie Stobart.

It appears Nessa has had sex with most of the men in Barry, plus several celebrities. Nothing really fazes Nessa. She's stoical and grimly accepting of life, but she's also loyal and protective of those she loves - especially Stacey, Bryn and Gwen.

Blunt and to-the-point, if you ask Nessa a question you know you'll get a soul crushingly honest answer back.

When Nessa becomes pregnant she has to change her lifestyle quite a bit - no more drinking for starters! 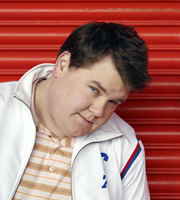 Smithy is 26 and is Gavin's best friend. He loves Gavin's parents more than his own and is always round their house.

Smithy is very much a bloke's bloke - his friends are everything to him and he would lay down his life for Gavin - in theory, at least.

Smithy has a girlfriend, Lucy, who's 17 and three quarters (the 3/4 are very important) - well apparently she is, no one ever really sees her.

Series 2 sees big changes for Smithy, as he finds out he is the father of Nessa's baby. Being the decent fella his he, he has offered to support Nessa, even though she is dating another man. 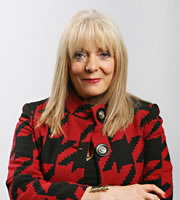 Gavin's mum, Pam, is in her early fifties and has been married to Mick for 26 years. She adores her only son, Gavin, her "little prince" as she calls him.

Pam is an Essex wife who doesn't have to work and who loves a good party and entertaining guests. She's glamorous and fun to be with, and still has a great relationship with Mick. However, she can get a little hysterical when her lively imagination starts to run wild. She also loves Camilla Parker Bowles!

Pam stopped being a vegetarian, however was too embarrassed to tell the West family and so, whenever they came round, she had to cook herself a separate vegetarian meal! 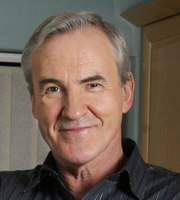 Mick is a handsome salt-of-the-Earth bloke, just like his son, Gavin. He is cool, calm and collected.

Mick is in his mid-fifties and happy with his life. He runs his own company, plays golf and goes to the pub quiz every Tuesday night. He knows how to handle his wife Pam's hysteria and is content for her to wear the trousers ... until he wants them back, that is!

Mick doesn't like a fuss and so sometimes does become frustrated at his wife's constant fussing. For example he wasn't too happy when Pam made him look like a pillock by holding a 'Welcome Home' banner at the airport, only to drop it and forget about it as soon as Gavin and Stacey appeared. 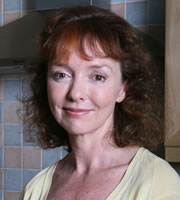 Gwen is Stacey's mum. She is in her late forties and a widow. She's barely been out of Barry and lives her life very much through other people.

Gwen is a consummate home-maker who will whip you up an omelette at any opportunity. She has a heart of gold. Her seemingly timid exterior belies a more daring side which we occasionally see peeping through.

When Nessa becomes pregnant, Gwen suggests she moves into Stacey's old room. Gwen looked after Nessa in the build-up to the birth. She now has Gavin and Stacey living in her house again - so is as busy as ever. 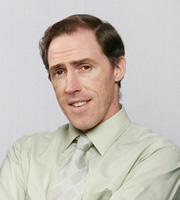 Bryn is in his late-forties, single and doesn't work. He lives across the road from Stacey and her mother, Gwen, and is fiercely protective of them - especially since Trevor (Stacey's dad) died, God rest his soul.

Something of an optimistic loner, Bryn loves meeting new people and having new experiences - trying a 'skinny wet latte' was particularly exciting for him. He would certainly appear to have led a sheltered life up until now.

He's fascinated by technology (he loves his SatNav), but terrified of any intimate contact. There are some clues that Bryn may be homosexual - although being the slightly naive person he is, he probably hasn't realised he is yet.

Bryn has 17 friends on MySpace - apparently he's 'snowed under' with all the friendship! His current hobby is working out and getting fit... he has set up a gym in his house. 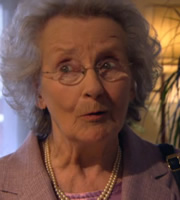 Elderly Doris lives next door to Gwen. To call her blunt would be putting it lightly - she's definitely not afraid to speak her mind.

Dorris doesn't act like old people should - she's not a sweet old lady at all! 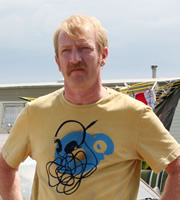 Dave, aka 'Dave Coaches', runs the local coach company in Barry. He is in love with Nessa, and the couple are now engaged. Dave is a quiet and peaceful man, but he clearly doesn't want Smithy around. 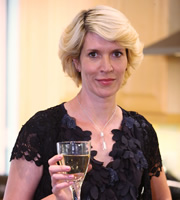 Dawn is Pam and Mick's friend. 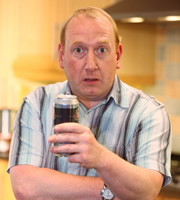 Pete is married to Dawn. Their marriage is quite a rocky... although they renew their wedding vows in Series 3. 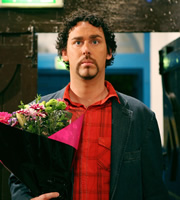 Jason is Stacey's elder brother. He is gay and lives in Spain with his boyfriend. 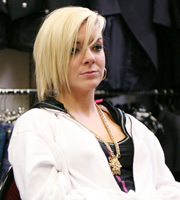 Rudi is Smithy's sister. She's a bit of a chav, and spends most of her time clubbing. 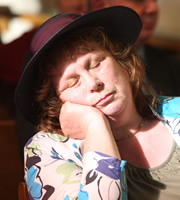 Cath is Smithy's mum. She is seemingly always depressed and doesn't care very much about her son. Cath has a sleeping problem so often falls asleep.