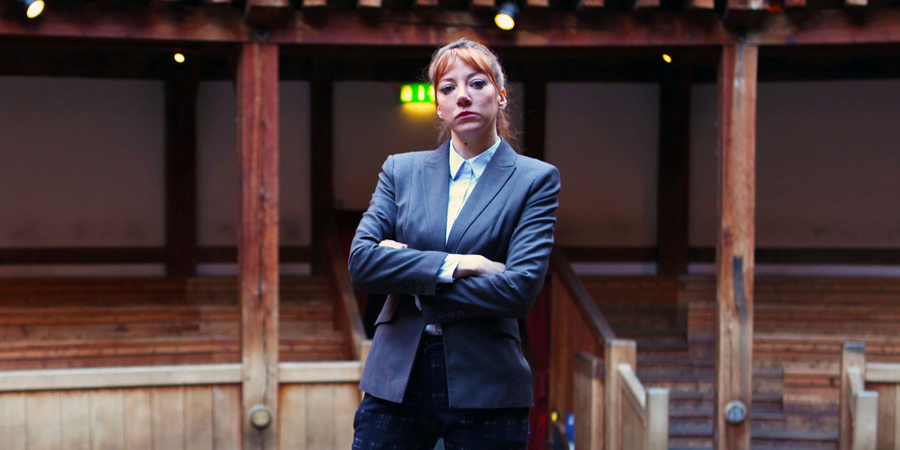 Philomena knows absolutely nothing about Shakespeare, but that won't stop her attempting to present a ground-breaking documentary about him.
Preview clips

Unrivalled wordsmith. Unequalled genius. Scholar of the Human Condition. Philomena Cunk is the ideal candidate to give the BBC Two audience her own unique take on a comprehensive guide to the life and works of William Shakespeare.

A regular contributor to Charlie Brooker's Weekly Wipe, Philomena has proven herself a shrewd interviewer, an insightful critic, and a voice of wisdom for our troubled times. She'll bring all of these considerable talents to bear as she authors a documentary about the Bard, across thirty factually accurate minutes.

Philomena says: "A bit like the tooth fairy, nobody's actually seen Shakespeare, and nobody knows if he's real or just made up for kids. So I'll be talking to some expert people to try and find out more about him and his films."

With the help academics, actors, linguists and historians, Cunk will tell the life story of Shakespeare. She'll explore some of the works that have made him the greatest playwright the world has ever known, very much the Michael Bay of Elizabethan England.

Shorter than Hamlet, funnier than King Lear, and easier to spell than Cymbeline, Cunk On Shakespeare is absolutely the last word in Shakespeare documentaries. Cunk says: "No doubt wherever he is, Shakespeare can't wait to watch it."

Philomena Cunk talks to director Iqbal Khan to find out more about what theatre audiences were like in Shakespearean times.