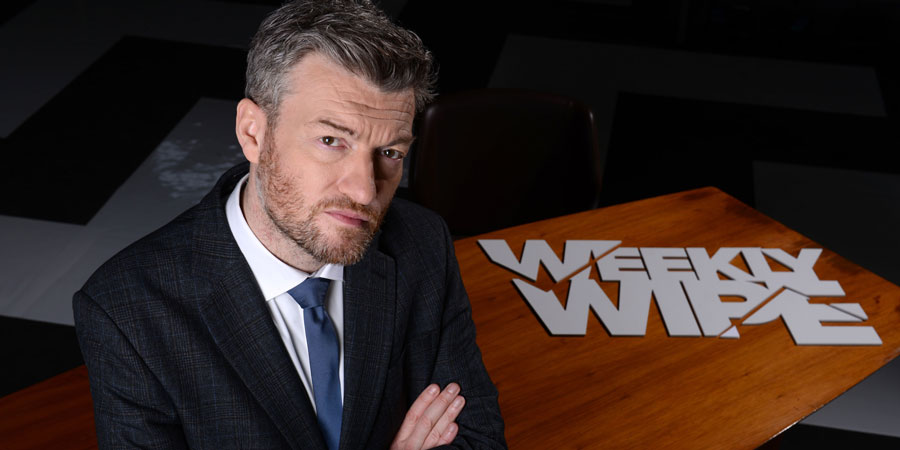 Charlie Brooker and his guests cast their collective eyes over all that the week's TV, cinema, news and computer games have to offer

Charlie Brooker extends the format pioneered with BBC Four's Screenwipe to BBC Two and a weekly round-up of all that's happened.

The social commentator, media critic and satirist turns his eye not just to television and news events, but the latest books, computer games, films, adverts and other cultural curios to catch his eye - and often, raise his ire.

In Series 1 Charlie was joined in the studio by a couple of guests to chat about films. From Series 2 this was replaced by a weekly documentary strand from the character Philomena Cunk.