In this soap special, teams from Coronation Street and EastEnders go head-to-head and prepare to be ribbed mercilessly at the hands of the West Yorkshire wild man. 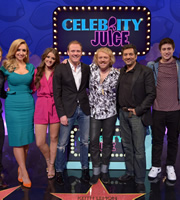 Coronation Street won, although final points were not declared.