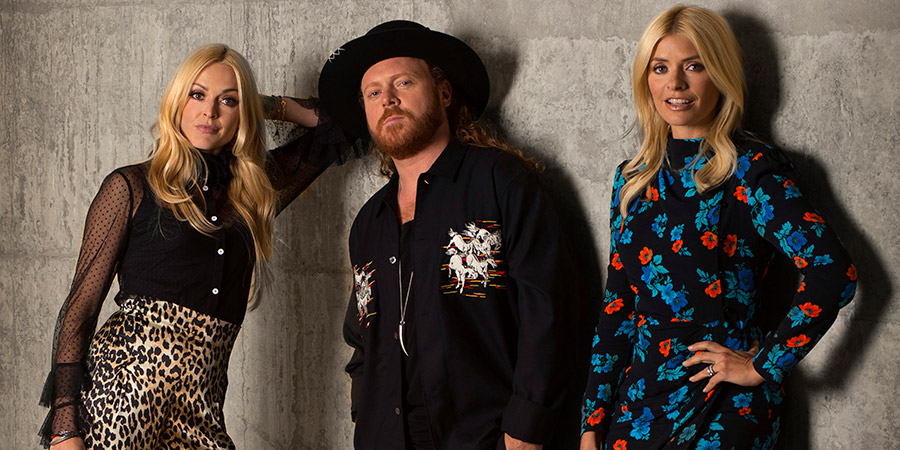 Produced by Talkback, Celebrity Juice is a tabloid-focused quiz show based on the nation's obsession with all things celebrity. Any topic is up for discussion, as long as it is something that could make next week's fish and chips wrapping.

Who's dumping who, who is getting drunk and falling out of nightclubs, and who is simply making a tit out of themselves - Celebrity Juice cares.

The teams also get to take part in silly games created by Keith. For example, in some episodes in Series 1 there was a round called Have a Dig in Winehouse's Wig in which a celebrity donned the infamous beehive of singer Amy Winehouse and one of the teams then picked tasks from the dirty barnet.

For Series 2 Rufus Hound was added as a regular panellist, a post he kept until Series 7. In the fifth series Holly Willoughby took some time out to give birth, so her team was lead by guests. Series 9 saw Fearne out with her first child, and model Kelly Brook as Holly's opposite number. Series 12 saw Holly on maternity leave again, replaced by Gino D'Acampo. During Series 13, Gino returned as a regular guest, and Fearne was on leave again for Series 14 and Series 15, so Gino was still a regular on the show. On Fearne's return it was decided to keep Gino on as a regular.

Series 21 - launched in 2019 - saw Cotton leave the show after over a decade. Keith's mate Paddy McGuinness became the new team captain, with Stacey Solomon announced as a regular guest.