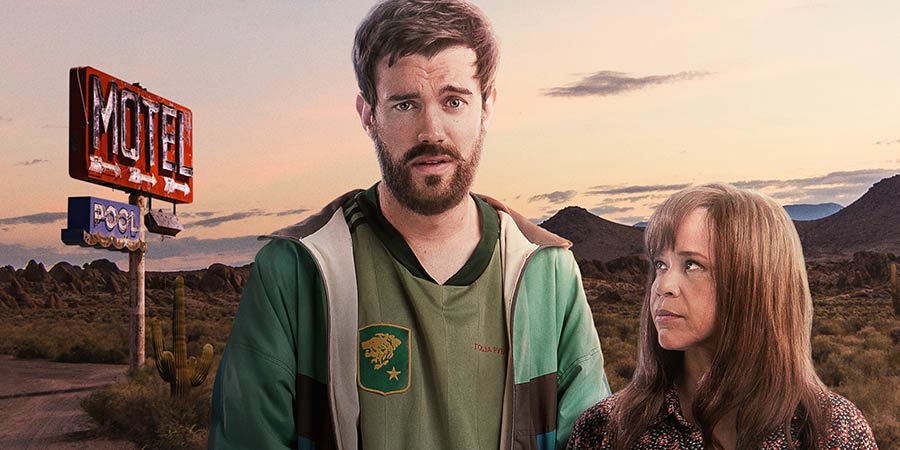 When his antiques dealer dad winds up in hospital following a rather mysterious accident, book-smart Barnaby takes it upon himself to save the family's cash-strapped business. What could possibly go wrong? Well, a dodgy deal masterminded by his father leaves Barnaby £50,000 down and lumbered with a looted treasure. He's determined to reclaim his cash, but to do so, he needs help. Big time.

Enter Nina Morales, a tough New Yorker who Barnaby's sister met while travelling. She and Barnaby couldn't be more different. She's a gun-toting, Brooklyn bounty hunter, while he drives a smart car and lives in Wimbledon. She's wanted by a Mexican cartel while he's doing a PhD in Flemish textiles. They team up on a mission to get his money back. But Barnaby's quiet life soon spirals further out of control, when they're forced into the paths of the police, terrorists and a dangerous Mexican drug cartel.

Bounty Hunters 2 picks up immediately where season one left off. Barnaby and Nina are stranded in the Mexican desert with $2 million-worth of cocaine and the kidnapped head of a cartel in their boot. Leah, meanwhile, is locked up in a Mexican prison.

With the cartel hot on their heels, and desperate to get out of Mexico, they realise the only way to travel is on Barnaby's temporary passport, with Nina as his wife. Cue awkward marriage with kidnapped Angel as their witness. The happy marriage is short-lived when they are robbed at gunpoint of all their remaining cocaine - and their own collateral.

With Angel and his cartel now pointing the guns, Barnaby and Nina are certain their luck has run out...