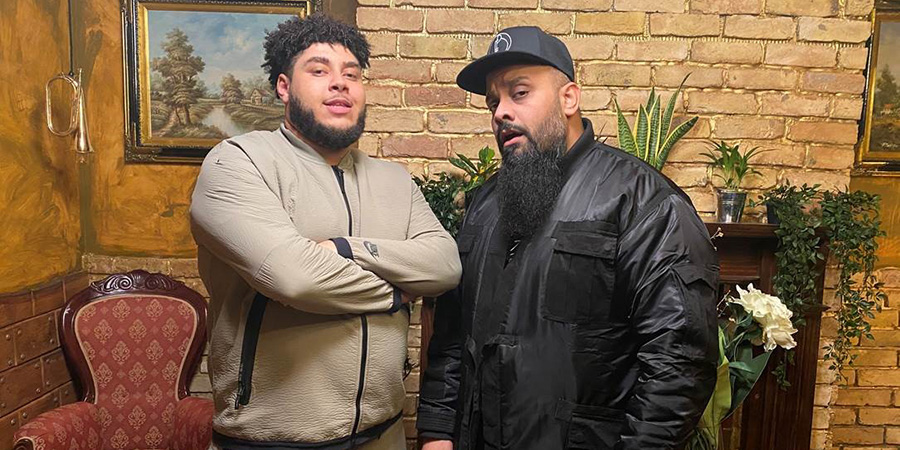 Big Zuu is going regal as he heads to Royal Leamington Spa to meet and eat with comedian and actor, Guz Khan. Leamington was once a place Queen Victoria visited, now it's the mandem's turn.
Preview clip

Big Zuu and the boys are going regal as they head to Royal Leamington Spa to meet and eat with comedian, actor and star of Man Like Mobeen, Guz Khan. Leamington was once a place Queen Victoria visited, now it's the mandem's turn.

Leamington Spa has been voted one of the happiest places to live in the UK, so before meeting Guz, the boys do their own survey to see how happy these Leams really are and if they can pick up any tips to take back to the food truck.

Guz is a man that loves his meat, with a self-confessed diet of 99% chicken, but he is trying to change his ways and undertake a predominantly plant based diet, so challenges Zuu to deliver on both fronts. The Coventry comedian also craves spice and always carries his own chilli sauce whilst touring. The brief is set and Zuu is ready to bring all the flavours!

With Halal meat almost impossible to get hold of in Leamington, the boys take a trip to Guz's hometown Coventry to pick up the goods for Zuu's 'Man Like Mixed Grill'. For Guz's starter, Zuu wants to show off a dish close to his heart, Okra Soup and Fufu. This is a West African dish that Zuu's mum makes for him and he is confident that it has all the spices Guz desires, so he will forget all about meat. Let's hope Guz has worked up an appetite on stage for this ultimate feast of flavours. 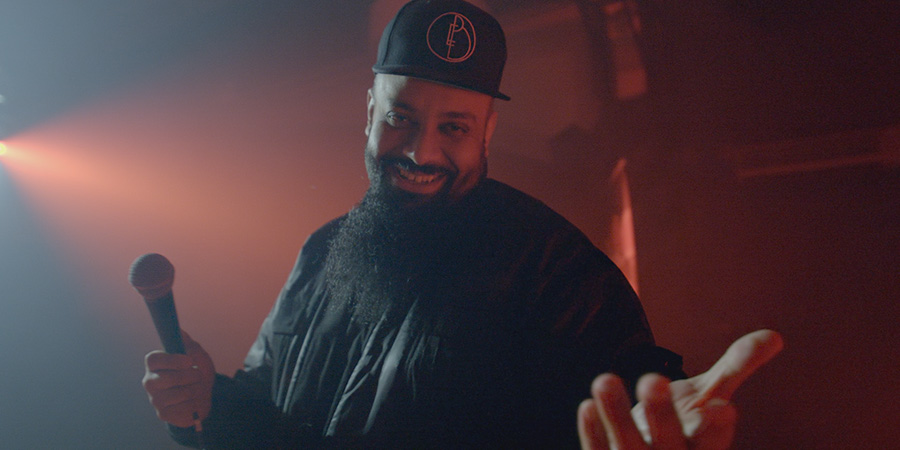 As a touring comedian, you must spend a lot of time away from home, what are the challenges of life on the road?

I mean, I wouldn't really define myself as a touring comedian. I'm two things that mean this isn't conducive to my lifestyle; LAZY to travel for £50 and an ENDS guys, I can't live without the fam and mandem.

What track sums up your teenage years?

Two tracks; 21 Seconds by So Solid, and Housewife by Dr Dre... absolute filth that was.

How do you do to make sure you eat well?

Which artist currently making music inspires you the most?

There are many for different reasons. Lowkey and Akala are kings, as they use their platforms for social commentary coupled with outstanding bars. Also love J HUS, he's king of the nation, nobody comes close.

What's your Desert Island Dish? Or If you could only eat one meal for the rest of your life what would it be?

A twin mighty box meal from Dallas in Coventry. Two of the most succulent breast like fillet burgers, coupled with four chicken strips, two fries and a big bottle of Mango Rubicon.

What would you say has been your career highlight to date?

I did this show with a fella called Big Zuu, Hyder and Tubzy. Pretty good that one...

Are there any foods you wouldn't eat as a child but love now?

I didn't eat bananas then, and I don't eat them now. I think it's the shape. Reminds me of prison showers.

Have you ever dined and dashed?

Yeah, but that's bare Haraam, so let's not talk about these transgressions...

Who would you invite to your dream dinner party?

Me, Lumboo, Barry, Dave Chappelle, Mo Amer, my Mum, a few sweet ones and Eddie Murphy.

Big Zuu chats to Guz Khan about life before being a stand up and actor, when he was a teacher.