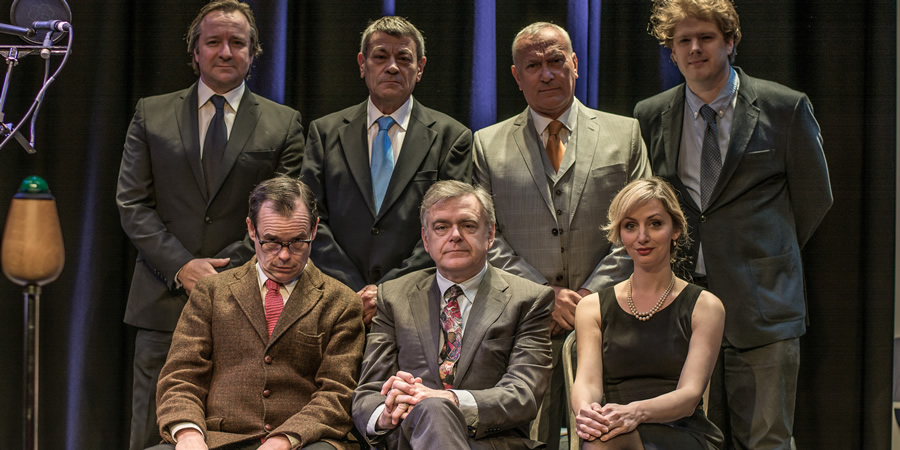 Between 1954 and 1959, BBC Radio recorded 102 episodes of Ray Galton and Alan Simpson's comedy classic, Hancock's Half Hour. The first modern sitcom, it made stars of Tony Hancock, Sid James and Kenneth Williams, and launched Galton & Simpson as one of the most successful comedy-writing partnerships in history.

However, of the shows made, 20 are missing from the BBC archive.

Starting as part of the celebration of Galton & Simpson's diamond anniversary in 2014, BBC Radio 4 commissioned this series (supported by the writers themselves) to recreate the episodes live in front of a studio audience at the BBC Radio Theatre.

The new episodes star Simon Greenall, Kevin Eldon, Robin Sebastian, Suzy Kane and - as The Lad Himself - Kevin McNally. The BBC says: "The shows are as fresh today as the day they were written."

Accompanying the first series was The Missing Hancocks: Director's Commentary on Radio 4 Extra. In this version, Andy Hamilton stopped the action as he talked to co-producer Neil Pearson and actor Kevin McNally about the challenges, and joys, of recreating a 1950s sitcom. The conversation took in the casting, production and even the music of the show, as well as what got changed in these new recordings.