The Day Today team have reunited for a 30th anniversary celebration on Radio 4.

The BBC Two news spoof ran for just six episodes in 1994 but it established its creators - producer Armando Iannucci and Chris Morris - amongst the UK's most revered satirists, saw the first television appearance of Steve Coogan's Alan Partridge and significantly boosted the careers of the rest of its core cast: Rebecca Front, Doon Mackichan, Patrick Marber and David Schneider.

Hosted by Kirsty Wark, the 45-minute retrospective, The Day Today: The Reunion, recorded for three hours yesterday to air on the 15th of this month, with Iannucci and all of the principal cast except Morris and Front.

Adapted from the Radio 4 show On The Hour, which first broadcast on the 9th of August 1991, The Day Today employed many of the same creative team as its predecessor.

The Day Today was an attack on the superficiality and sensationalism of the media. But "you do these things partly out of affection as well" Iannucci told Lucian Randall in Disgusting Bliss, his 2010 biography of Morris. "It was not saying, 'All telly is bad and unless we change our habits British broadcasting is going to go down the pan'."

Nevertheless, "you can see how artificial the process is" he continued. "It's not that simple telling of reality. You realise how edited the news is."

Morris won best TV comedy newcomer at the British Comedy Awards for his Paxmanesque anchor, a persona he then transferred to Channel 4 for hard-hitting satirical series Brass Eye. The Day Today's graphics team also won a BAFTA for its overblown, parodical visual style.

The show's stars reunited as recently as two years ago, albeit only for dinner. However, the meet-up sparked hopes in fans that further gatherings might be in the offing.

Speaking to Randall, Marber said of The Day Today: "We all found our feet collectively as a group and all supported each other. It gave us all as individuals a lot of confidence to go out and make our own way in the world. It certainly gave me confidence to do that."

Produced by Simon Jarvis for Whistledown, The Reunion: The Day Today is part of long-running series The Reunion and series produced by David Prest for Radio 4.

The Reunion: The Day Today is executive produced for Whistledown by David Prest for Radio 4. 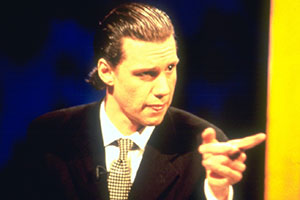 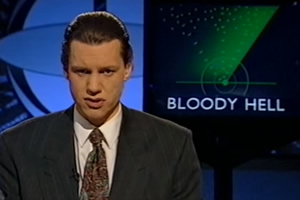 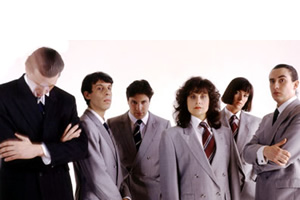 The Reunion: The Day Today