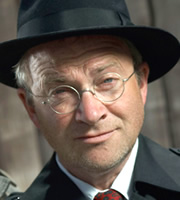 Dirk Gently is a 'holistic detective" who believes in 'the fundamental interconnectedness of all things'. His holistic detective agency therefore aims to solve the whole crime and finds the whole person, although most of his cases tend to involve finding missing cats.

Dirk's critics often complain that he just cons old women out of their money. Dirk defends himself by saying that he cannot be accused of fraud since no-one ever pays his bills.

A non-graduate of St Cedd's College, Cambridge, Dirk had previously tried to earn money as a psychic. However, his amazing success lead him to being arrested and as a result he spent some time in prison. 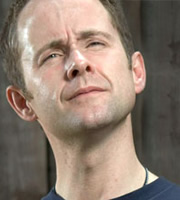 An old friend of Dirk's and a software engineer for WayForward Technologies II. He is the designer of Anthem, a spreadsheet programme which is able to turn accounts into music.

After the murder of his boss Gordon Way, it is Richard who is first suspected of the crime, but Dirk tries to prove his innocence.

In the second series, it is revealed that Gordon's sister Susan has sold the company to the Sirius Cybernetics Corporation, for which he now works.

Detective Sergeant for the Cambridgeshire Constabulary.   Played by: Jim Carter 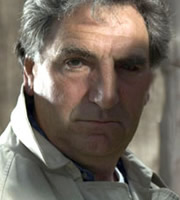 A member of the Cambridgeshire Constabulary, it was Gilks who arrested Dirk during his days as a psychic. Dirk was able to predict with 100% accuracy the questions on his exams, leading the police to believe that Dirk cheated.

Gilks had Dirk sent to prison because he did not believe in his psychic abilities, and also he did not trust anyone whose real name was Svlad Cjelli. Not surprisingly, the Sergeant is not best pleased to see Dirk again when he is trying to get to grips with new crimes. 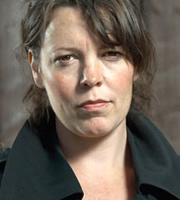 Dirk's secretary and only employee, Janice is constantly overworked and unpaid, resulting in her quitting her job several times a day.

In The Long Dark Tea-Time of the Soul Janice does finally quit her job with Dirk permanently. She finds work at an airport checking desk. However, she accidentally ends up suffering from a Norse curse and turns into a drinks machine. 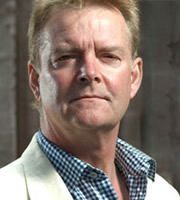 The owner of WayForward Technologies II. His company has created two successful products: Reason, which allows people to specify in advance the decision they want it to reach, and only then to input all the facts; and Anthem, a spreadsheet programme that turns numbers into music.

At the beginning of the series, Gordon Way is mysteriously murdered. However, his ghost attempts to try and help find the truth, to anyone who will listen. 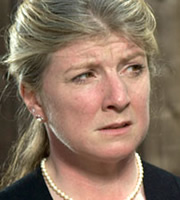 Susan is Gordon's sister, and also the girlfriend of Richard MacDuff. While she is busy working as a cellist with the London Philharmonic, she is also trying to helping Richard with his computer problems, and also giving him messages from Gordon to work harder. 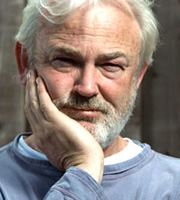 The editor of Fathom, a little-read arts magazine, Michael is a spoilt son who hates his mum with a passion. One reason for this hatred is that his mother sold Fathom to Gordon Way. However, Michael's problems are much deeper, and much, much older. 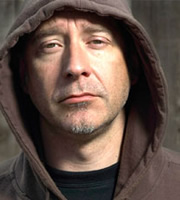 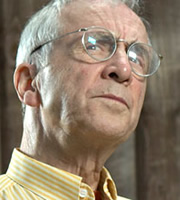 The Regius Professor of Chronology and fellow of St. Cedd's College, Cambridge. Reg's job was created by mad King George III, who was worried about time flowing backwards. He set up the post answer three fundamental questions about the nature of time, the answers to which are "Yes", "No" and "Maybe" (in that order). He is Richard MacDuff's pastoral tutor. 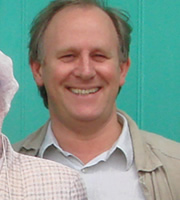 Simon is a lawyer who along with his wife Cynthia have been involved with several businesses. The businesses never flourish, but the Draycotts do. Their latest venture however did work. It was an advertising firm which promoted the soft drink "Hades". 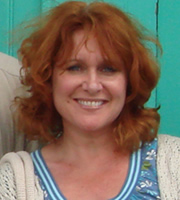 Cyintha, the wife of Simon, is as hard as diamonds. She is not a woman to back down lightly, as Dirk finds to his cost. Cyintha wants her hands on anything, at any cost, human or immortal.

Simon and Cynthia are normally assisted by a goblin called Toe Rag. 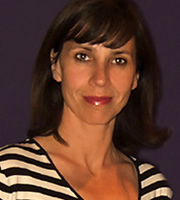 Kate is an American who works as an investigative journalist, but has moved to Primrose Hill in London. The one thing she wants is a lasting relationship. She planned to visit her boyfriend in Oslo, but an act of 'freak indoor global warming' at Heathrow airport stopped her plan.

She realises that the gods of Norse mythology still walk the Earth, and she begins to fall for one who happens to have a very big hammer.

All-Father of the Warrior Gods of Asgaard.   Played by: Stephen Moore 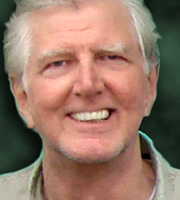 Odin is the chief God of Norse mythology. He was summoned into existance around a millennium or more ago, worshipped for several hundred years, but is now forgotten. Most of the Norse gods now live as down-and-outs and vagrants in the world of Men.

However, a goblin called Toe Rag promises to give Odin the chance to escape his fate and move to a 24-hour nursing home. The only thing he has to do is sign over his powers and birthright to an advertising agency. 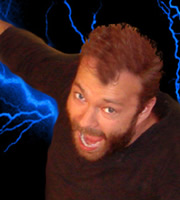 Thor is the Norse God of thunder and the son of Odin. He is the only one of the Norse Gods who has avoided vagrancy and despair, by fighting for the survival of Valhalla.

However, when Odin signs over the all rights in the World Of The Norse Gods to the Draycotts, it looks like he is doomed. When he is captured by Toe Rag, Thor needs to find some assistance. 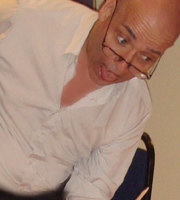 Toe Rag gave the Draycotts the idea of using Lucifer in a TV advert, and befriended Odin so that he could give them control of his power. He does not care if a few people die if it means his life gets better.