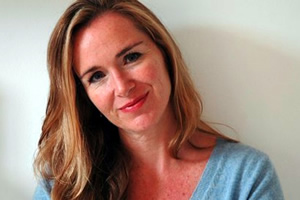 Saskia Schuster talks in depth to BCG Pro about her plans for addressing the gender imbalance in ITV comedy writing teams. This article corrects some of the 'click-bait headlines' you may have read.

All-male comedy ban a joke at expense of funny women

What matters most is whether you have chemistry with your fellow writers - male or female.

ITV has announced it will no longer commission comedy shows that have all-male writers' rooms.

Future of ITV sitcoms in doubt

ITV's Director of Television has suggested sitcoms Birds Of A Feather and Bad Move could end. It now looks likely that 2019 will be the first year in the main channel's 64-year history without any sitcoms on air.

Comedy 50:50, an initiative seeking to implement measures to address the gender imbalance in TV comedy, starting with writers, has been launched.

ITV comedy commissioner Saskia Schuster wants to work with new writers as she bids to fill slots across the commercial broadcaster's main channel and ITV2.