ITV boss Kevin Lygo has suggested that Birds Of A Feather and Bad Move may not return.

The news follows the end of hit comedy Benidorm last year after 10 series.

In what will be seen as a dark omen for scripted comedy, 2019 now looks set to be the first year in ITV's 64-year history without a sitcom being broadcast on the main channel.

Whilst neither series has been officially decommissioned, Lygo's comments suggest that there are problems in returning either programme to air.

The broadcaster's comedy commissioner, Saskia Schuster, told British Comedy Guide: "We are still in discussions on Bad Move. Regarding Birds, there are other factors that need to be in place in order for a another series to happen"

Bad Move, starring Jack Dee, aired a second series in the Autumn, followed by a Christmas special; whilst Birds Of A Feather - the long-running 1990s BBC hit, having been revived by the commercial broadcaster in 2014 - ran for three highly successful new series, plus two Christmas specials, to late 2017.

Lygo had said: "We had success with Birds Of A Feather, that was our most successful sitcom in years, but it's come to a sort of natural end.

"We had two series of Bad Move but I don't think we're continuing with it now. It's just very, very hard."

In comments reported by various newspapers, he continued: "ITV was never quite the home of sitcom.

"It's very hard and part of the issue is the increased volume of soaps. Corrie is genuinely very funny at times. We've smuggled in the drug you used to get in sitcoms into soaps but it has been at the expense of traditional comedy.

"Audiences can get their fix of character-based scripted comedy from Corrie. It's on six times a week and you don't have to create a 30-minute plot. You have beloved characters the audience has known for years."

However, he admitted that a sitcom hit is "the gift that keeps giving".

He also reportedly repeated comments first aired at the 2017 Edinburgh Television Festival, describing the future of scripted comedy on ITV as "bleak".

The channel does, however, continue to broadcast revived comedy drama Cold Feet; panel quiz game Through The Keyhole; and yesterday announced new stand-up pilot Out There. A new series of panel show Harry Hill's Alien Fun Capsule has also been announced.

Meanwhile, ITV2 continues to broadcast four popular comedies, including sitcoms. Last week it launched new series The Stand Up Sketch Show, and will next month return for a second series of Timewasters. Long-running panel show Celebrity Juice and hit period sitcom Plebs are also due to return later in the year.

ITV's long history as a home of hugely successful comedies - particularly sitcoms - has suffered since regional broadcasters were merged into a single company, ITV plc, in the early 2000s. Its previous hits cover all genres, ranging from popular successes like On The Buses, The Kenny Everett Video Show and George & Mildred, to acclaimed series such as Rising Damp and Brass.

In perhaps more positive news for comedy fans, Kevin Lygo also commented on the latest plans to open a dual BBC-ITV commercial service, allowing the public access to both broadcasters' archives. He said: "It seems mad to me that you can't make our archive and the BBC's available to people at the press of a button."

More information about the futures of both Birds Of A Feather and Bad Move will be confirmed by ITV as decisions are made. 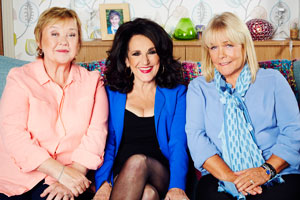 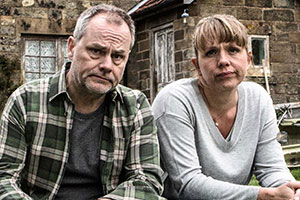