Eleanor Colville is a writer and comedian, specialising in Character Comedy.

Eleanor Colville is a graduate of the Cambridge Footlights International Tourshow, current member of the Soho Theatre Young Company and mentee on the University Women in the Arts Scheme. Improvising with the Free Association and Notflix a Musical, writing for BBC Radio 4's Newsjack and BBC3 Comedy Quickies she is also currently pitching sketches to Comedy Central. She was a finalist in the UK Pun Championships 2019 at Leicester Comedy Festival as well as competing in the Leicester Square Sketch Off 2019, Funny Women stage Awards 2019, BBC Introducing Radio 4 Comedy Award and also performing at the Royal Court Theatre for International Women's Day.

"The cleverest concept for a one woman show I've seen. It is smart, funny, self-deprecating, utterly relatable and just the right amount of shocking. If Fleabag did computers, this is what it would look like""Outcast Studios (Alexander Defert), 22nd March 2019

"A special mention should go to Eleanor Colville for her impeccable comic timing and vocal range: her depiction of the deranged boss of the second floor is some of the best comic acting I have ever seen."The Tab, 2019

"Clear comedic talent and a willingness to be unique. Eleanor Colville is undoubtedly a comic to keep an eye on. Catch her while you have the chance"Broadway Baby (Rory O'Regan), 26th August 2017 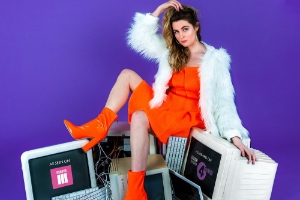 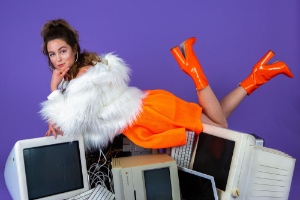