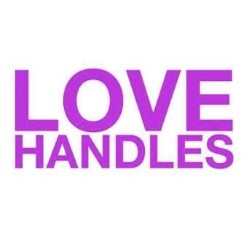 Join 'the most renowned sketch troupe of them all' (Independent) as they embark on another exceptional world tour, performing to over twenty thousand people across three continents. Don't miss your chance to see the latest on offer from the group that launched many of the greatest names in comedy, including Stephen Fry, Hugh Laurie, David Mitchell, Richard Ayoade, John Oliver and Simon Bird. Catch this exciting new sketch show at the Fringe as Cambridge's most talented writers and performers bring you more sharp and exciting comedy.

The Cambridge Footlights International Tour Show is the biggest show of the year and always a 'must-have ticket' (Times of London).

Following critically-acclaimed sell-out runs, The Cambridge Footlights return for their 53rd year at the Fringe as they present their most ambitious tour show yet, Love Handles.

Starting with a two-week run of previews in Cambridge, the Footlights will travel to London and Paris, perform for a month at the Edinburgh Fringe, and conclude with a month in the United States, Canada and the Caribbean. The tour will visit New York, Chicago, Los Angeles, San Francisco, Toronto, Montreal and other major cities.

The Footlights is Britain's most celebrated student comedy club, and remains 'a seedbed for mighty comedic talents' (Time Out). Don't miss your chance to see the latest offering from the group that launched many of the greatest names in comedy, including Stephen Fry, Hugh Laurie, Emma Thompson, David Mitchell, Robert Webb, Richard Ayoade, Mark Watson, John Oliver, Sue Perkins and Simon Bird.

Showcasing the work of the club's most talented writers and performers, Love Handles promises an outstanding array of sketches, surrealism and sharp new comedy.