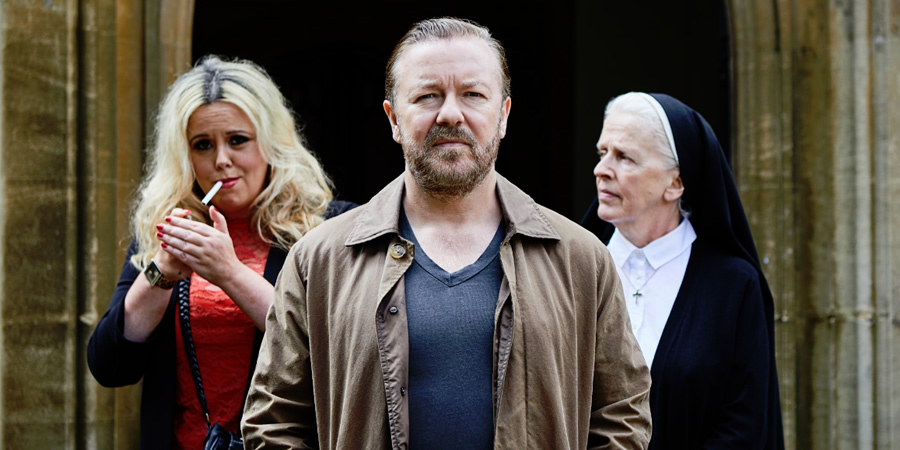 Ricky Gervais is a little like Marmite. But love him or hate him, there's no denying that After Life is one of the most beautiful shows of 2019 - and it's only March.

The six-episode sitcom depicts Gervais as a features journalist working at local newspaper the Tambury Gazette, and dealing (albeit not very well) with the recent death of his soul-mate and wife, Lisa, to cancer.

His coping mechanism - or superpower, as he likes to call it - is brutal honesty, no matter how horrible. He figures that he can do and say as he likes, and if all else fails, he can always kill himself.

The series packs in sorrow, laughter, tears and pure joy, but After Life primarily reminds you that life is for living, and that you aren't just here for yourself but for others, too. It features some of Gervais's classic one-liners, typified by a seven-second clip of Tony being called a "paedo", which circulated on social media ahead of the series' release.

If you weren't already convinced, here are five reasons why you should watch After Life, now streaming on Netflix. 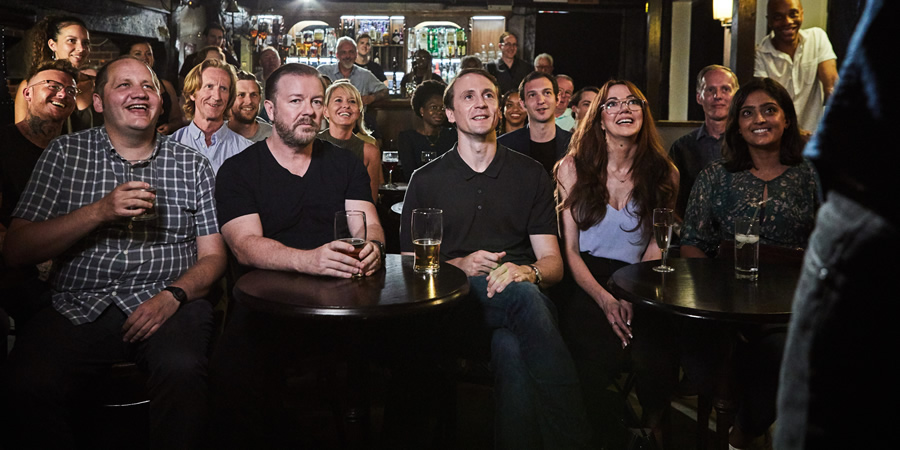 If you are familiar with Ricky Gervais's previous works such as Derek, The Office and Extras, there shouldn't be an unfamiliar face in sight.

Kerry Godliman, who co-starred as Hannah in Derek, plays Tony's late wife Lisa, who has left him a series of touching but emotionally haunting videos with which he tortures himself every day in grief. The cast also features David Earl as his Brian Gittins character - a role just as odd as he played in Derek; and Joe Wilkinson as nosey postman, 'Pat'.

Tony's father, who suffers with dementia, is played by David Bradley, known for roles in the likes of Hot Fuzz and the Harry Potter film series. Also featuring in the six-part comedy is In My Skin's Jo Hartley and Some Girls' Mandeep Dhillon, both seen in David Brent: Life On The Road; and Roisin Conaty as a sex worker with life lessons to teach. 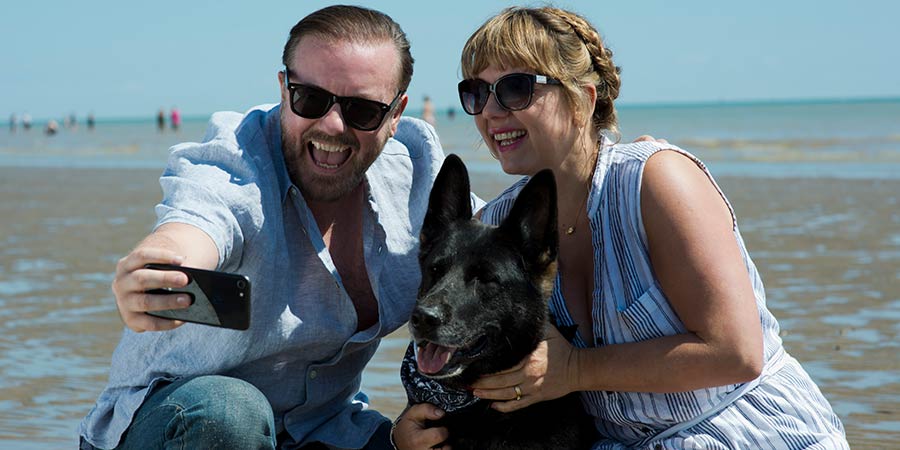 The soundtrack for After Life has been carefully crafted to create a playlist that feels it was written for the show.
Ricky said in an interview with Radio X's Gordon Smart: "I've never had a budget like it. Usually the budget for music is what's left over. I planned it out and wrote montages to music."

Elton John's Rocket Man plays as Tony smokes heroin and is robbed by his peculiar choice of friend Julian, whilst Youth by Daughter tugs at your heartstrings as Tony gives Julian money to buy enough drugs to overdose.

Other artists across the six episodes include David Bowie, Mogwai, Lou Reed and Mott the Hoople. 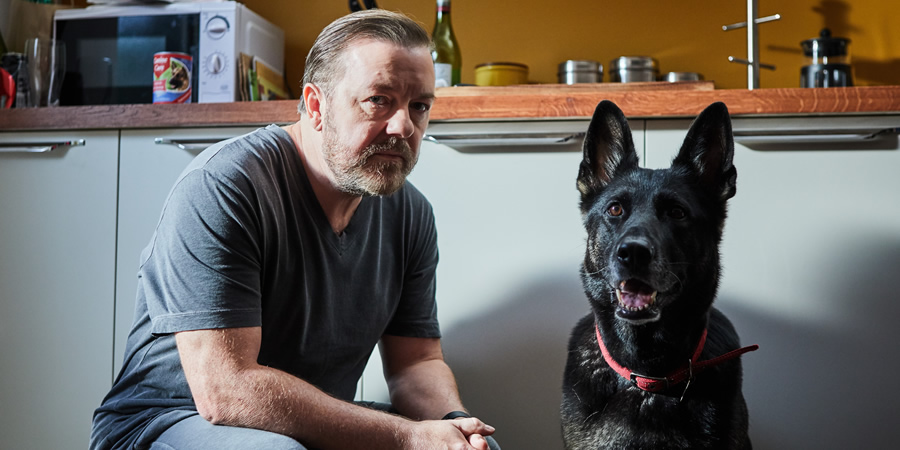 Grieving Tony finds himself feeling there's nothing worth living for. When asked why he hadn't killed himself, he replies: "The dog's face. She was hungry." He tells Brandy, the beautiful black Alsatian, "If you could open tins, I'd be dead by now, but you can't."

Brandy is evidence that dog really is man's best friend, as she thwarts his efforts to end his own life more than once in the series. She's also a useful tool for the character to speak openly to, and unleash some of his inner anger at the "fat hairy nosey cocksucker" in the park - a scene to have you chuckling within the first five minutes of Episode 1.

4. The rollercoaster of emotions 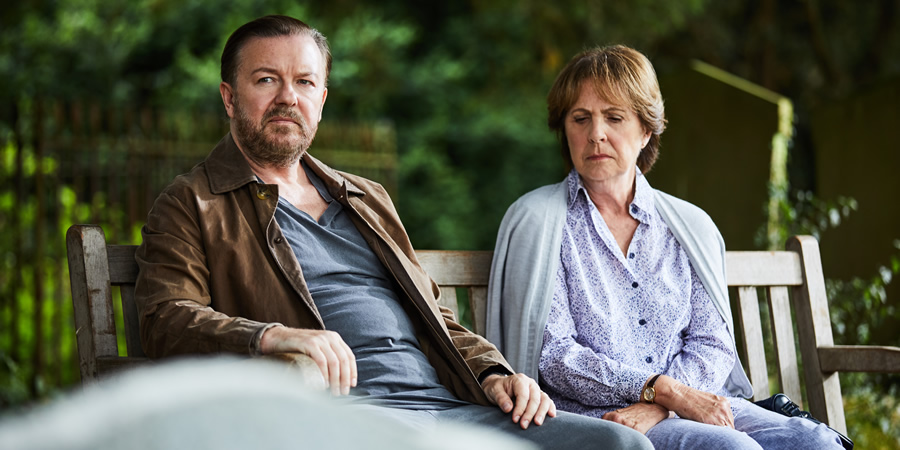 You will laugh, cry (probably both at the same time), gasp and grin. Even music legend Liam Gallagher has described After Life as "beautiful" in comments on Twitter.

Tony's melancholic outlook on life without Lisa has the viewer pleading for him to find happiness. In his final episode epiphany, Tony finds himself ranting about how life is worth living, because time is precious. The life-affirming scene is sure to make you hug your loved ones a little tighter.

5. The issues at the centre of it all 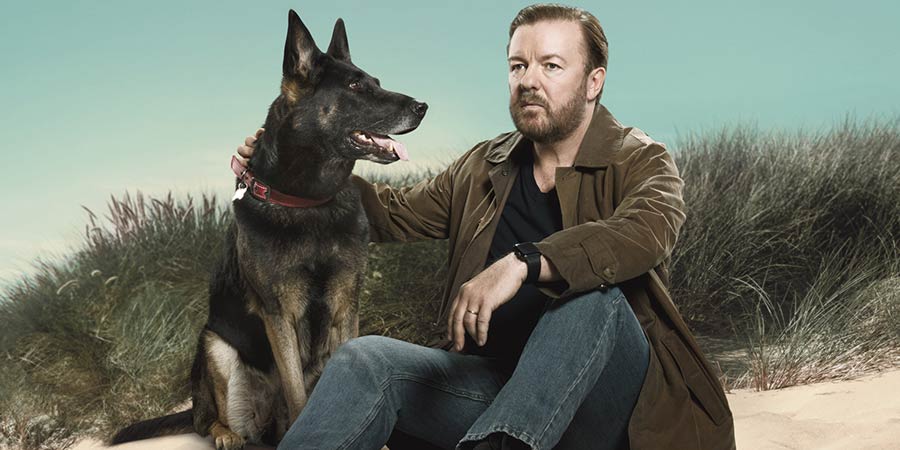 Some of the things that makes After Life brutally sob-worthy are the issues that it tackles head-on. Mental health and grief are at the forefront of the series but it tackles the taboo of moving on after losing a partner.

Tony also has to deal with his Dad's dementia, adding another element to the story and showing how he attempts to continue with life as normal, even if it's just for ten minutes a day.

Finally, the sitcom manages to tackle bullying (with a hammer), drug misuse and sex work, confronting stereotypes and delving deeper into why such personal choices are made.

It's a lot to process in just three hours' worth of comedy, but it's exquisitely written and the familiar cast helps you, as a viewer, feel you already know the characters - making the final episode all the more emotive.