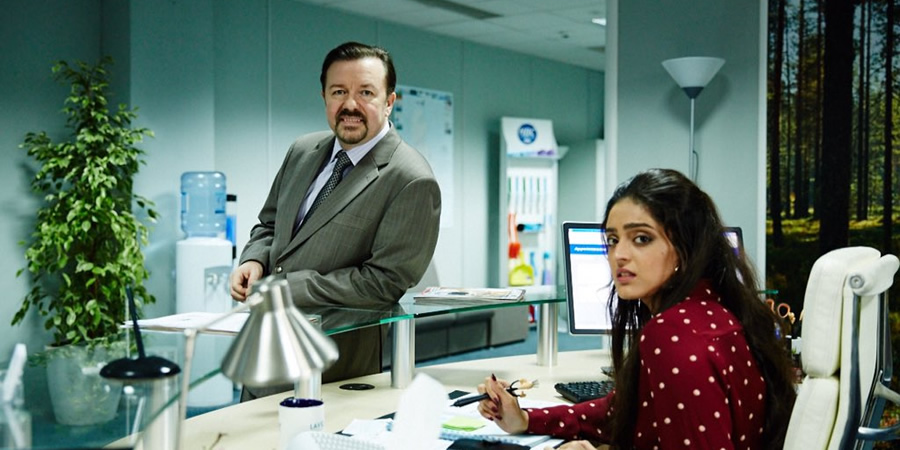 David Brent: Life On The Road

Life On The Road catches up with David Brent twelve years on from the BBC 'reality' series The Office to find he is now a travelling salesman with Lavichem, a cleaning and ladies' personal hygiene products company. However, he hasn't given up on his dream of rock stardom and is about to embark on a self-financed UK tour with his band, 'Foregone Conclusion'.

Assembling a group of session musicians who are just in it for the money, and talented rapper Dom in an attempt to gain street cred, Brent cashes in his pensions and takes unpaid leave in a bid to turn his dream into reality.

The cameras follow Brent on his self-financed UK tour. He thinks it'll be like Scorsese filming the Rolling Stones, but it turns out to be a "where are they now" documentary. He has to take a few weeks off work and cash in a couple of pensions, because the session musicians in the band are costing him more than he's getting in ticket sales. Tragic.