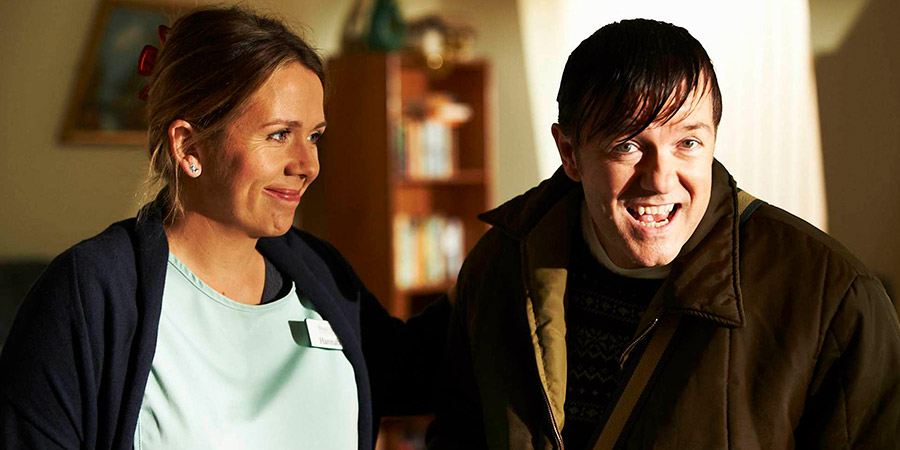 Derek is a bitter sweet comedy drama about a group of outsiders living on society's margins.

Derek Noakes is a tender, innocent man whose love for his job and the people he cares for shines through. He's 50, adores animals, Rolf Harris, Jesus, Deal Or No Deal, Million Pound Drop and Britain's Got Talent - but his main hobby is autograph hunting.

He works in Broad Hill retirement home where he cares deeply for old people because they're kind and funny and tell him stories about the olden days.

Hannah is the manager and lead care worker at the home and is Derek's best friend. She's smart, witty and hard-working, but unlucky in love, and like Derek, always puts other people first.

Alongside the residents of the home - including, for the last few months of his life, Derek's long-lost father, Tony - Hannah and Derek are joined by the unemployed (and frankly, unemployable) Kev; former young-delinquent carer Vicky; and the home's caretaker, initially Derek's friend and landlord, Dougie, and later the objectionable but far more qualified Geoff.