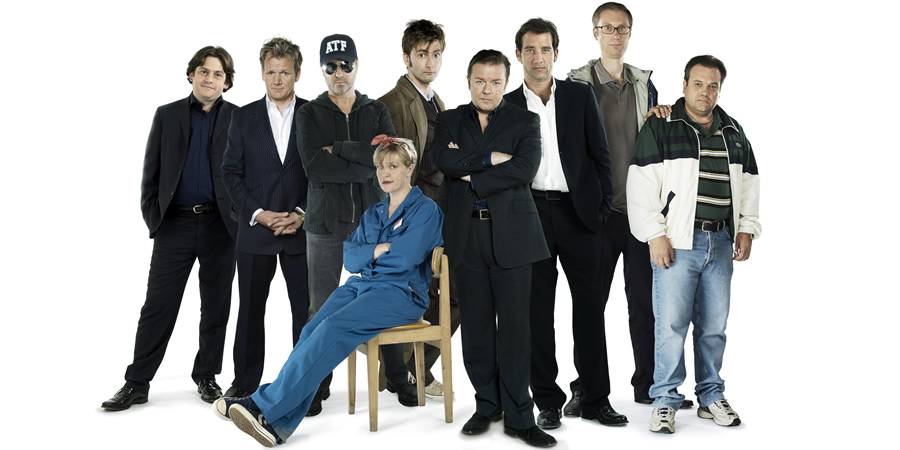 Andy Millman gives up his day job to become an actor but finds that the lead roles elude him, so he instead has to settle for work as an 'extra' (background actor). During his time on set Millman has to work with stars such as Kate Winslet, Samuel L. Jackson and Ben Stiller.

In Series 2, Andy Millman begins filming his sitcom (When The Whistle Blows) and moves from background artist to TV face. Despite his burgeoning success, Andy is still surrounded by the usual cast of idiots: his hapless best friend Maggie, his incompetent agent Darren Lamb and "Barry Off EastEnders". Before long Andy realises fame isn't quite as great as it looks.

The final special sees Andy Millman as a big star with a new, more efficient agent and a new house overlooking Hampstead Heath. Meanwhile, Maggie has been forced to move into an even smaller flat and is doing cleaning jobs to make ends meet. Sadly, Andy hasn't even noticed.