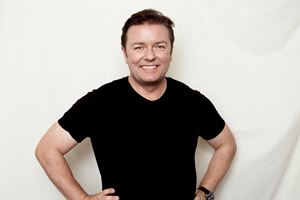 Andy Millman is a struggling actor who gave up his day job in the hope of achieving fame and fortune. Things don't start as planned, in his early career he hadn't landed a speaking part let alone a main role, despite attempting to bribe script writers and sucking up to producers and directors.

Millman remained optimistic as rubbing shoulders with the rich and famous on-set only served to reinforce his belief that the big time was just job or two away. Surprisingly he was right - his BBC sitcom When The Whistle Blows projects him into the big time, although he soon discovers that fame doesn't quite bring what he was expecting. 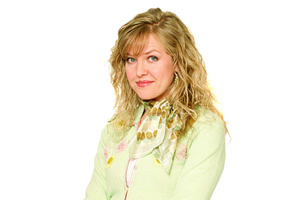 Maggie is Andy's one and only real friend. Like Millman she is also a background player with no big credits to her name. Whilst working on a set she'll use any free time there is to go searching for a potential boyfriend - an act which hasn't ever yet ended happily-ever after for her.

Scottish Maggie is a simple, uncomplicated woman and not the fastest of thinkers - her mouth often gets her into embarrassing situations. She is also quite shallow - for example she ditched a potential date because his feet were not quite the same length. 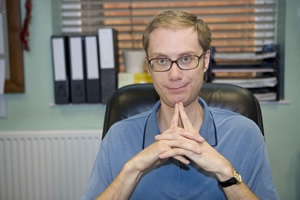 Andy sometimes goes to see his Agent and when he does it quickly becomes apparent why Andy's career isn't going anywhere.

Somehow, despite the total failure all around him, Darren remains upbeat and continues to try and get his favourite client "Barry off EastEnders" any work going. Will Andy ever manage to get up the courage to ditch him? 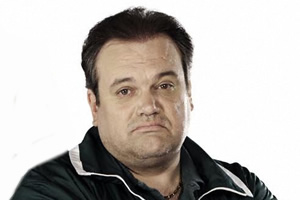 Ex-EastEnders soap actor Shaun appears to be Darren Lamb's only other client. So it's surprising that Darren doesn't realise 'Barry' is not his real name. Shaun had followed in fellow EastEnder Ross Kemp's footsteps by leaving the Square, only to fail to clinch a similar £1m (or even £1) deal from ITV.

Down and out, Shaun gets so little work as an actor he's happy even to check out his agent's flicking lights and clogged u-bends. It's not for lack of trying on Darren's part. Despite having no contacts and little initiative, he frequently plugs 'Barry off EastEnders', even offering his acting skills for parts Andy has already been offered, much to Andy's annoyance.

Shaun's secondary plumbing job went down the drain due to Darren finding out and demanding 12.5% commission on that work too. And so Shaun, who is hoping to get his acting career back on track by having a hair transplant, is now spending his days eagerly hanging around Darren's office like a 40-something, shell suit-wearing, Regaine advert. On the upside, without any other clients or work coming in, there's plenty for Little and Large to work on their 'Mustang Sally' duet!