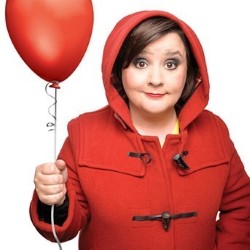 You may know Susan from QI, Have I Got News For You, The News Quiz, or Mock the Week, now she's back at the Fringe with a brand new hour of comedy. Be prepared - there's a storm coming, and it's in the form of a tiny lady with nothing to lose. A show you'll enjoy if you're 16+, like what she does, and won't be so drunk that she has to throw you out. Sounds like a terrible personal ad doesn't it? She also likes fine wines, kittens and walks along the beach. It's going to be epic.